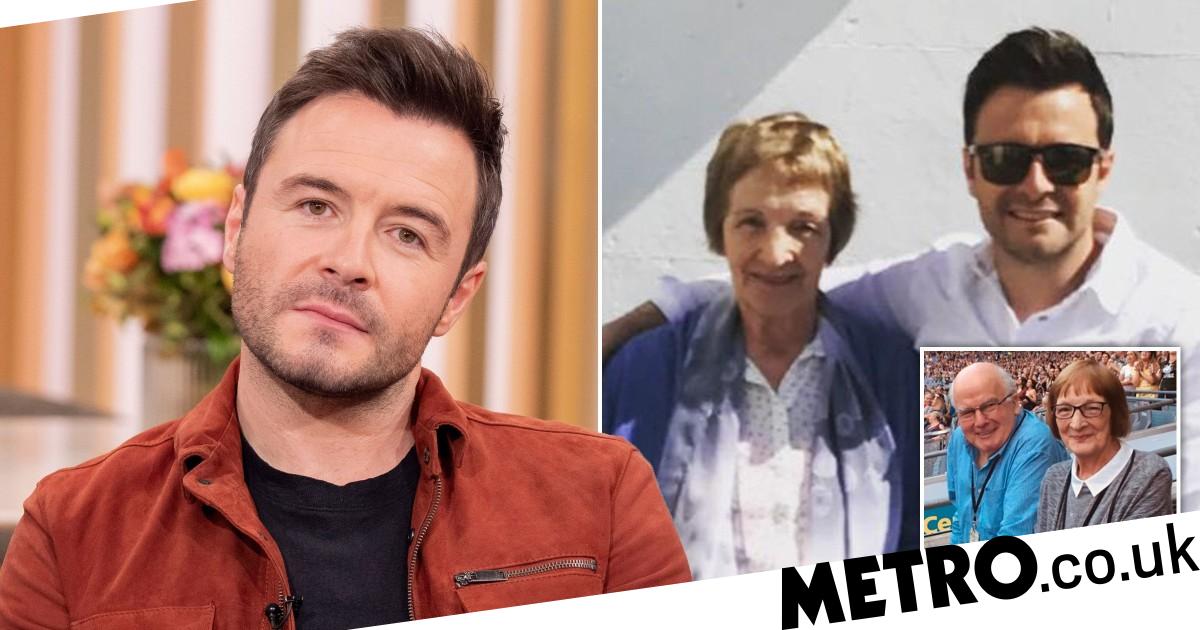 Westlife star Shane Filan has spoken out about the pain of losing both of his parents to cancer within a year of each other.

Shane, 42, was devastated when his mother Mae died in December 2019, and when his father, Peter, died from pancreatic cancer just nine months later in October 2020, he says ‘a part of me broke’.

‘The two of them together was just too much’, Shane said.

He admitted that he still hasn’t ‘fully processed’ the fact both of his parents are gone, recalling a moment this summer, while he was performing, when ‘in the middle of the song I turned around and wept.’

He told The Mirror: ‘At the end I ran off crying like I was three years old.

‘It hit me all of a sudden that my parents were gone.’

Sligo native Shane, the youngest of seven children, is part of a large and close-knit family, and it was his mother Mae who kickstarted his Westlife career when she convinced Louis Walsh, who was from her hometown, to give their band an audition.

Mae was ‘Westlife’s biggest fan, she was at every show,’ while dad Pete was ‘like a friend’, with the pair becoming ‘really close’ as Shane grew up.

Shane reflected on the moment Mae, who had been suffering with a cough, was told she had cancer, saying it was ‘life changing’.

Mae fought hard and lived for four more years, getting to see her son’s band reunite and attending their shows despite being so ill.

Tragically, it was at one of these shows where the family realised something wasn’t right with their father, Peter, who was noted to be a ‘funny colour’.

It would soon be revealed that Peter was suffering with pancreatic cancer, with the news hitting Shane ‘like a steam train’.

‘I thought: “I can’t lose two parents”. It really did flatten me, it was a really difficult time.’

He reflected on one of his final moments with his father, when Peter ‘hugged me and gave me a kiss on the lips like I was still his little baby son’, saying it was an ‘incredible’ moment.

Shane previously spoke to Metro.co.uk where he admitted he was ‘still finding it tough’ to process his parents’ deaths, particularly when dealing with the lockdown that came with the Covid-19 pandemic.

However, he channelled his heartache into Westlife’s newest album, Wild Dreams, and some of the songs on the record are about Peter and Mae.

‘I still find it tough, and losing both of them together was even more difficult, but one thing I took from it was… I started to learn guitar and lots of these songs were inspired by trying to be happier,’ he said.

Wild Dreams finishes with the song, Always With Me, which is based on how his dad must have felt for those ‘nine months when he was without [Mae]’.

‘It’s a beautiful story and I’m so proud of it. It took me four months to finish it because we kept going over it trying to make it better,’ the singer revealed.


MORE : Westlife’s Nicky Byrne recalls hometown’s reaction to early success: ‘Everyone in the pub thinks “Look at that f***ing idiot!”‘