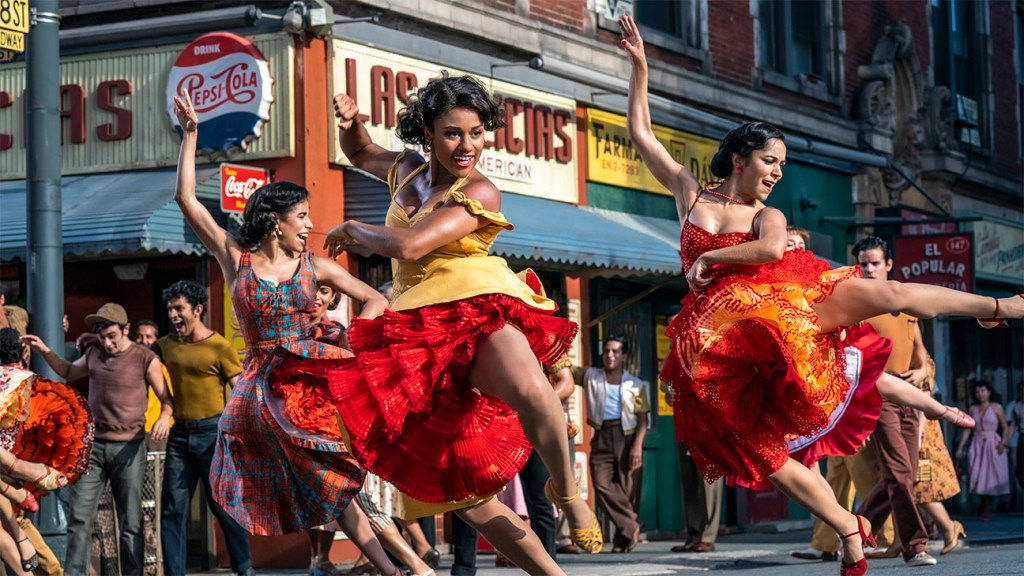 West Side Story started off its North American box office run with $800,000 in Thursday previews. The low-key number isn’t necessarily a surprise for a musical, which depends upon older moviegoers.

Musicals have always been a tricky in terms of box office. The genre is more challenged than ever in the COVID-19 era, considering that consumers over 35 are more nervous than younger consumers in regards to returning to the multiplex (all adult-skewing titles have been struggling).

20th Century and Disney are hoping for a weekend domestic debut in the $13 million range, followed by a steady run through the year-end holidays.

West Side Story is hoping for a different fate. It has one of the biggest directors in its corner, as well as stellar reviews.

By Friday, the movie — which began its life at 20th Century Fox before the Disney/Fox merger — will be playing in 2,800 theaters, including 320 IMAX locations and 740 premium large format sites.

West Side Story debuts day and date in about half of major foreign markets, including France, Germany, Brazil, Mexico, Russia and UK.

Directed by Spielberg from a screenplay by Tony Kushner, West Side Story tells the story of star-crossed lovers Tony (Ansel Elgort) and Maria (Rachel Zegler) set against the backdrop of feuding white and Puerto Rican gangs in a changing 1957 New York City.