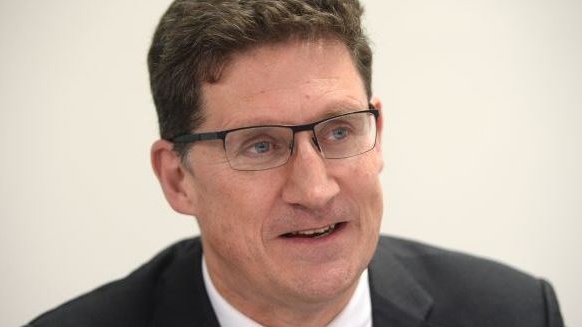 Political Correspondent Green Party leader Eamon Ryan has said that emergence of new variants will mean that, for the foreseeable future, Irish people will have “to learn to live with Covid-19 pending a successful global eradication campaign”.

In his keynote address to the party’s annual convention, Mr Ryan began by speaking of the new variant of concern that has emerged in southern Africa in recent days, saying it was a worrying development but that it would ultimately be addressed by vaccines.

“I know the TV news bulletins might be alarming but please remember that there are several reasons to remain hopeful,” Mr Ryan, who is also Minister for Climate Change, Communications and Transport told delegates.

“While the new variant may prove to be more contagious, our best scientists expect that the vaccines will still provide us with protection. What we need to do now is to accelerate the booster programme here at home, and ensure the whole world gets access to vaccines at urgent speed. The only way to stop this disease in its tracks is to have a co-ordinated global approach,” he said.

He said the people would have to learn to live with Covid until the worldwide vaccination campaign had completed.

However, he said that people would have to be allowed “to enjoy a normal social life because that too is vital for our health and wellbeing”.

The party’s intention had been to hold this year’s convention in the Aviva Stadium but it migrated online once the Government’s advice changed earlier this month in the face of the deteriorating Covid-19 situation.

The main theme of Mr Ryan’s speech, and also that of deputy leader Catherine Martin, was that the time for action on Green policies in Government is now. He said that not alone had Green policies been approved by the Government, but they were beginning to be implemented.

“We are talking the talk but increasingly we are walking the walk,” he said.

“There are challenges ahead, of course. Will there be missteps along the way? Absolutely.

“But we will learn as we go and we will emerge as a cleaner, greener, happier Ireland. We can do this and we will. The time is now,” he said.

In her speech, Ms Martin said the Greens in Government must move faster and be more courageous in their actions.

“Institutions, by their nature, don’t change quickly, but the Green Party knows and recognises the urgency to change course.

“The old system is built for the old world. It cannot be business as usual.

“And if our institutions can’t get what needs to be done, then let’s never accept no for an answer,” said Ms Martin, who is also Minister for Tourism, Culture, Arts, Gaeltacht, Sport and Media.

She said that the world needed new visions, new leaders and change-makers.

She said the Green Party needed to constantly push the boundaries and challenge the status quo.

She also said people were demanding the Greens “must do better”.

Mr Ryan and Ms Martin argued that the Green Party had achieved a lot in its first 18 months in Government in all of its key areas, including climate change, the environment, biodiversity, the arts and tourism (including supports during Covid), children, housing and health.

Now, I know there are some people at home who may not share the Green Party’s passion for climate action and who wonder whether it’s all worth it,” said Mr Ryan in his address.

“For those listening at home, let me say that the risk isn’t from taking action – the real risk is from standing back and doing nothing at all.

“For this new green economy is the one that is emerging across the world. It is an inevitable transition because under business as usual, the world will simply burn…

“It is a transition requiring such scale and speed that it needs every person and every place to be involved, which is one of the reasons we have to make sure it is a just transition.”

In terms of action, Mr Ryan said a million euro would be spent on active travel every day. He said there would be proposals brought to the Government in the next few weeks to electrify the Maynooth rail line and to order 95 battery electric train carriages for Irish Rail. He said the Bus Connects and Dublin Metro projects will be brought to Cabinet in the first quarter of next year.

He said that under new clean-air regulations there would be no further sales of inefficient solid home-heating fuels from next autumn and that auctions for offshore wind would begin about the same time.

“This isn’t all just aspiration by the way, we are already doing this.

“We are world leaders at integrating renewable electricity and are well placed to deliver the solar and wind power we have in abundance,” he said.