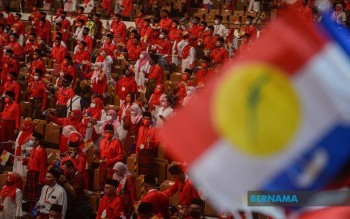 KUALA LUMPUR, May 14 (Bernama) — UMNO is ready for one more turning level in its 76-year historical past by amending its structure tomorrow to permit social gathering elections to be held six months after the fifteenth General Election (GE15).

This will happen at a Special UMNO General Meeting on the World Trade Centre’s Dewan Merdeka right here, with some 2,000 social gathering delegates anticipated to be in attendance.

“Once after that, the party president will hoist the UMNO flag and cut ‘pulut kuning’ with the other party leaders at Dewan Tun Razak in conjunction with UMNO’s 76th anniversary,”  he informed Bernama right here at this time.

UMNO deputy president Datuk Seri Mohamad Hasan on the basic meeting had additionally expressed his concern about splits taking place within the social gathering if social gathering elections have been to be held earlier than GE15.

On Tuesday, UMNO secretary-general Datuk Seri Ahmad Maslan was quoted as saying that the social gathering will submit the listing of proposed dates for its social gathering elections to the Registrar of Societies (RoS) on May 17.