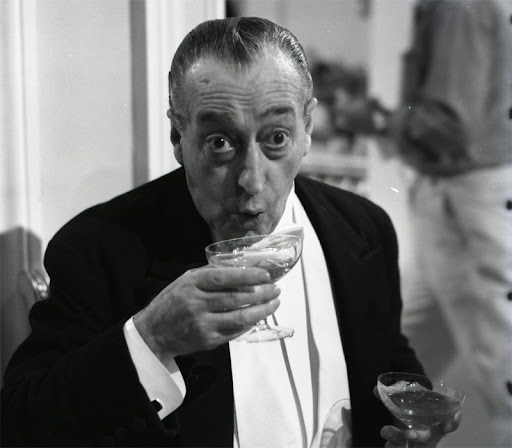 The arrival of November’s brisk weather and solemn sentiment around All Souls’ Day is nothing without the reminder of what Antonio De Curtis wrote in his masterpiece  ‘A Livella. Known by his stage name Totò, he is recognized for his incredible talent as an all encompassing and timeless superstar of the arts boasting a resume far exceeding the accomplishments of the everyday man. Besides taking center stage in over 100 Italian films, (yes you read that correctly), he also composed the lyrics for Malafemmina. Eventually, the once unrecognized and illegitimate son from one of Napoli’s most impoverished neighborhoods, picked up pen and paper and wrote some of the most beautiful poems in the history of the Partenopei.

In fact, Totò might single handedly be the most influential Italian not fully appreciated outside Italy like say Dante, Sofia Loren, or even Giuseppe Meazza. Apart from a very particular type of film nerd or coffee shop poet ,Totò’s legacy outside of the Italian world has criminally remained somewhat anonymous. Yet those in Italy know everything Totò touched with his humorous mind, injured heart, and poetic creativity was nothing short of genius.

That anonymity is what I want to address. I’m here strictly to advocate that those who have failed to understand his greatness need to repent. It’s time to extinguish this injustice and help bring the experience of who and what Totò was for Napoli, for Italy, and for humankind to the center stage where it rightly belongs. Those that worked alongside him throughout his storied 45 year career said it best, “With Totò we got it all wrong. He was a genius, not a grandiose actor. And we constrained him, reduced him, forced him into a common human being, and thus clipped his wings.”

Totò’s Sistine Chapel in my opinion is his sublime and quirky prose in ‘A Livella.

Set during the yearly Catholic pilgrimage of All Souls’ Day when it is commonplace to pay respects to dead relatives at the local cemetery, ‘A Livella follows as Totò recants his frightening experience near closing time as he wanders about the cemetery gazing at the different graves. After coming across the impressive tomb of a noble Lord decadently filled with flowers and tribute, he observes a small grave immediately next to it. Seemingly unimpressive, bare and difficult to read the words on it, he realizes that the tiny grave belongs to that of a garbageman.

This ironic injustice he thought. Even in death this poor guy suffers the same neglect and loneliness he had during his life. Did he ever think that even after his journey to the other side he’d assume the same status as he did before? In the middle of his existential pondering, to his surprise, the spirits of both men appeared right before his very eyes.

The Lord was furious to find that somebody of such low class was audacious enough to be buried next to someone as distinguished as himself. The garbageman’s initial efforts to apologize to the Lord were futile. After all, he was dead, what could he do about it? It was his wife that incorrectly placed his grave near the lord. If it was up to him, he would change graves at once! The Lord ignored his plea for forgiveness and continued his pompous rant. The garbage man had enough, “who is this guy to keep berating me about titles and status when I am already dead?”, he thought. The garbageman had nothing to lose so he ferociously told the Lord the truth about the situation; that death is the great equalizer among all men.

Yet to say this is exactly how the story ended is a crime against humanity. What makes Totò’s work here so important is how his words relate to each and every one of us regardless of language and culture. He touches on the feeling of neglect, belittlement, and how that is intertwined with social status. Yet somehow he masterfully brings the reader out of an existential lull, somehow using death as an alluring punchline in a lighthearted and powerful way. His style and use of the Neapolitan language flow, retract, and dissipate into thin air; not so different from what we may imagine happens to our souls after we part ways with this world and head into the great unknown…

A king, a judge, a great man, coming through this gate have realized that they lost everything, life and also a title: hadn’t you already considered this?

So, listen to me…do not be reluctant, suffer my presence close to you– what do you care? These jokes are made only by the living ones: let us be serious…we belong to death!

The vowels, sounds, and eventual punchline of the poem showcases the true charm of the melodic Neapolitan language and shines as a form of nonchalant comedic relief that somehow makes an absurd and somewhat scary situation comical.

In this instance Totò creates an atmosphere in which death is not frightening, yet rather funny. That the absolute ending only enhances the twisted and often strange humor that it is to live in a world distinguished by frivolous titles that determines the haves and have nots.

Yet the great equalizer in the end makes us rethink why we care so much about trivial things constructed by others in which we have no control over.

‘A Livella isn’t just a beautifully written poem; it is an ode to the shortcomings of the human condition in the eyes of Antonio De Curtis. It is his personal offering of comedic relief to the captured awkward and tragic elements of life and death. After such a painful and lost upbringing Totò realized that the titles, the acceptance he was chasing after for 35 years were nothing but a trick; a fruitless façade which only led to frustration and despairing disappointment.

The final resting place for all of us is inevitable. Being adorned with flowers and homage are not guaranteed nor mean much other than a kind thought after the fact. In 100 years’ time, when the elements have withered your grave and those related to you are too busy living their lives, what does an extra rose or a shiny name plate mean in the long run? Chasing something whether it is acceptance or a title is nothing more than playing a dangerous game of hide and seek that usually does not end with real happiness. What matters is the life that you can live prior to the inevitable. One full of crazed emotion, passions, shortcomings, anger, and uncontrollable laughter. One more about the impact you leave to those around you whether as big as saving somebody’s life or as small as being the friendly neighbour to have coffee with twice a week. Drink up, make love; leave work early to be with your friends and family. That is the real reminder Totò was telling us in the first place.