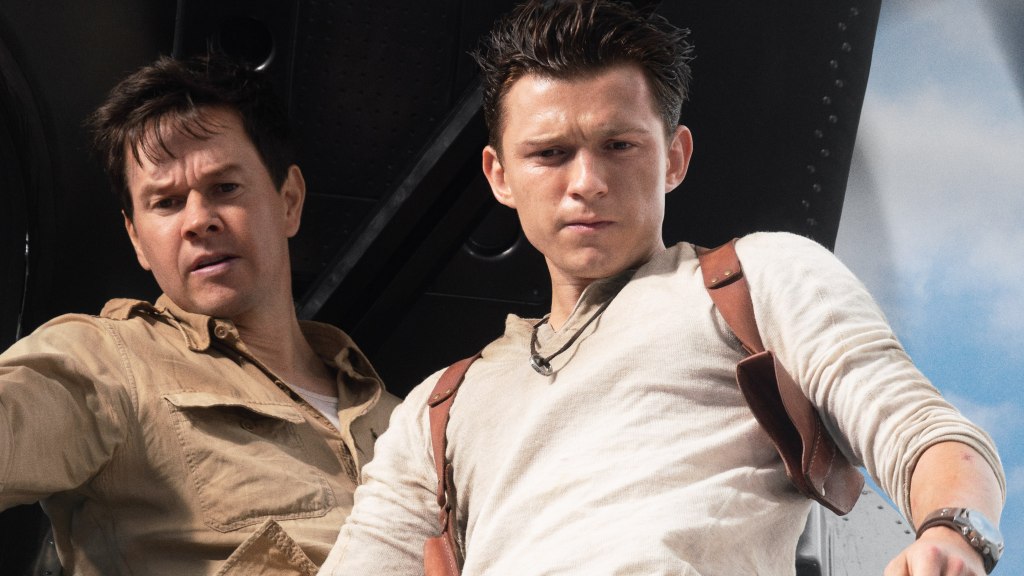 Tom Holland appeared at Sony’s CES press conference to help film-studio chair Tom Rothman preview Uncharted, which stars Holland as video game adventurer Nathan Drake. During his appearance, the actor introduced a new death-defying clip from the movie, in which Nathan finds himself dangling from a cargo plane as he fights off bad guys to make his way back aboard the craft.

“We created a film that has a lot of heart, that pays respect to the games, but also gives fans and people that love the games something new and something refreshing,” said Holland. “It’s interesting in these big action movies, I often find that the heart and soul of the movie can be lost in the action. But what’s so nice about our movie is you have this very tangible relationship between Nate and [his mentor] Sully [played by Mark Wahlberg], which is really the heart of the movie. … It’s about a young orphan looking for his family and in turn finding a family in the most sort of unorthodox way.”

Uncharted opens Feb. 18 and will come just two months after Holland’s $1 billion-plus grossing Spider-Man: No Way Home set records for the studio. Uncharted, adapted from Naughty Dog’s PlayStation game series, which debuted in 2007, had a long road to the screen, with directors coming and going and numerous pandemic-related delays. Ruben Fleischer directed the film from a script written by Rafe Judkins, Art Marcum and Matt Holloway.

Holland and Rothman also discussed the film’s action, including some practical stunts, with the star joking that this is “why your insurance policy is so high.” He quipped, “I’m still nursing some injuries from that job.”

The actor also talked about how he became a fan of the games during the filming of Spider-Man: Homecoming. “One of the luxuries of making these Spider-Man movies is they’re made by Sony. One of the luxuries of working for Sony is PlayStation. So all the actors trailers were outfitted with the best TVs and the newest PlayStation — and one of the games they’d given me was Uncharted.”

“I remember them trying to drag me out of my trailer to come back to set. I was like, ‘No, no, no, we’re about to complete this mission,’” he joked, adding “we had a conversation about the idea of making this into a movie and bringing it to life on the big screen. And here we are today.”

Sony’s chairman, president and CEO Kenichiro Yoshida hosted the press conference on Tuesday, during which he also highlighted the company’s professional production tools, including its virtual production system with the company’s Crystal LED screen and Venice 2 digital camera.

Aaron Couch contributed to this story.