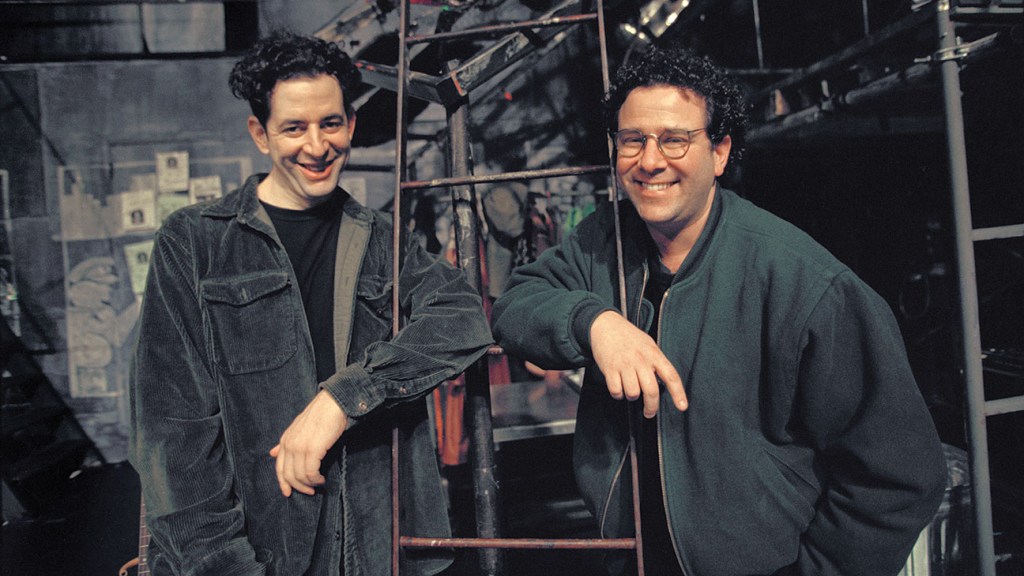 When Tick, Tick … Boom! — Lin-Manuel Miranda’s feature directorial debut that stars Andrew Garfield as Rent creator Jonathan Larson — premieres Nov. 19 on Netflix, it will be the first time that Hollywood has tackled the life of the brilliant composer, whose sudden death on the day of Rent‘s first off-Broadway preview remains, 25 years later, one of theater’s most tragic and poignant legends.

The film is based on the three-character show of the same name, originally mounted in June 2001 at the 280-seat Jane Street Theatre in the West Village. (The space has since become the ballroom of a boutique hotel.) That production was in turn based on an autobiographical solo musical that Larson had written (and occasionally performed) before Rent. Larson described the work as a “musical monologue,” and it followed his character ­— a composer named Jon who lives in a SoHo walkup and works at the Moondance Diner (as Larson had) — as he grappled with the challenges of creating art for a mostly inhospitable commerical-theater industry. (The title refers to his crippling anxiety, with the show opening to the sound of a ticking clock and Jon saying: “The sound you are hearing is not a technical problem. It is not a musical cue. It is not a joke. It is the sound of one man’s mounting anxiety. I am that man.”)

An early mentor to Larson was none other than Stephen Sondheim, who met Larson when he was a college student and was impressed with his work. The Boom! song “Sunday” is an homage to the famed Sunday in the Park With George composer, and the posthumous off-Broadway show features an authentic recording of Sondheim praising Larson. As the THR review put it: “There was not a dry eye in the house.”

Rent, Larson’s first project following Boom!, started as a staged reading in 1993 at the New York Theatre Workshop. Larson died Jan. 25, 1996, of an aortic dissection; that night’s opening show was postponed a day. The production moved to Broadway on April 29 that year and ran for 12 years and 5,123 performances.

This story first appeared in the Nov. 17 issue of The Hollywood Reporter magazine. Click here to subscribe.