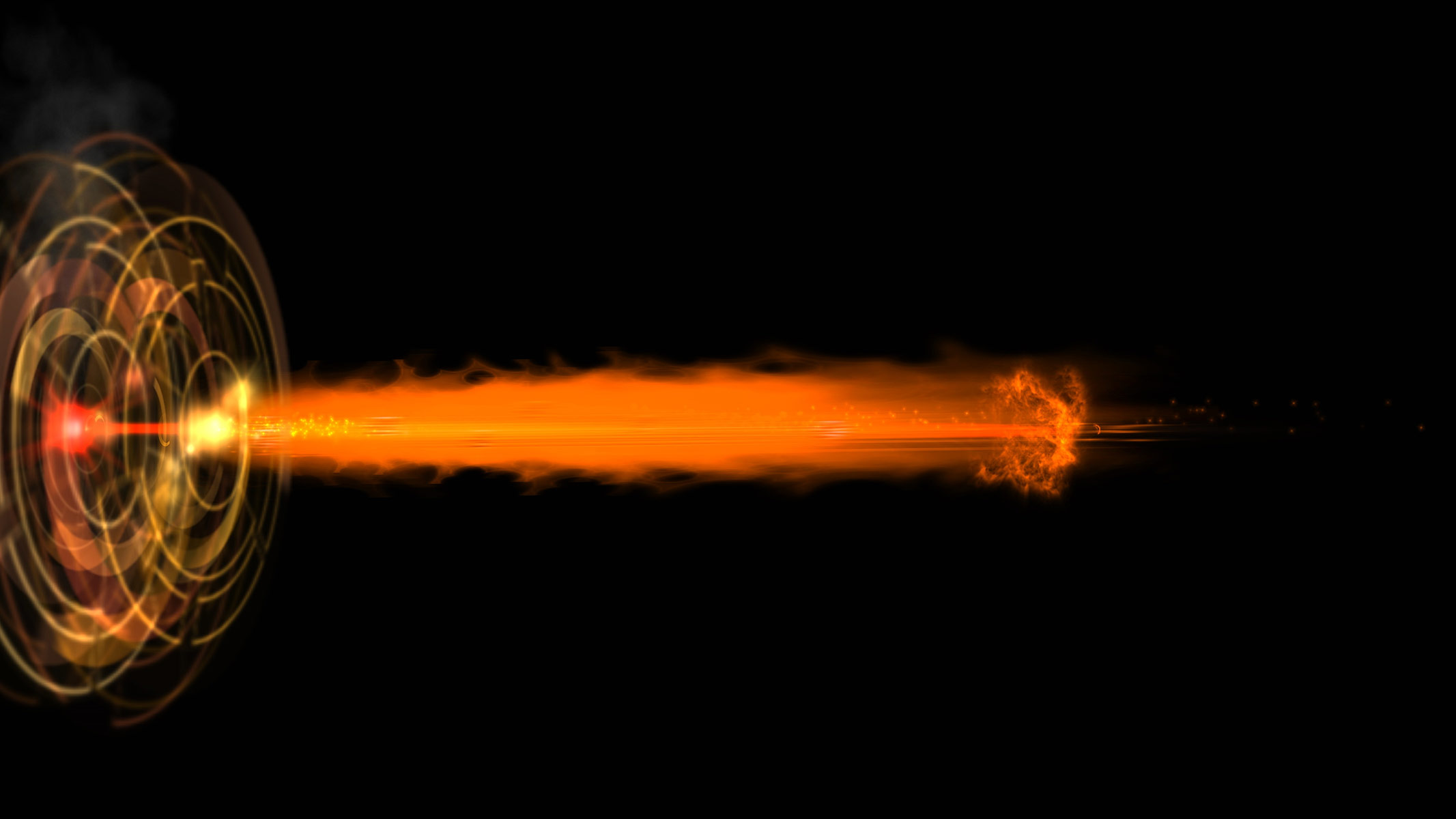 On most days, the website Engadget provides coverage of objects spawned by the digital economy. These objects typically serve consumers’ obsessive and often narcissistic need for convenience and entertainment. On October 29, the site featured an article dedicated to a rather bulky gadget most consumers are unlikely to find on Amazon for some time to come. It bears the title: “The US Army will test a 300 kW laser weapon system in 2022.”

Don’t Expect a Smoking Gun in the JFK Assassination Saga

The team that has created the prototype is headed by Boeing. A spokesperson for the industrial team described the weapon’s revolutionary concept in these terms: “This technology represents a leap-ahead capability for air and missile defense that is necessary to support the Army’s modernization efforts and defeat next-generation threats in a multi-domain battlespace.”

The technology has been developed by Boeing in partnership with General Atomics Electromagnetic Systems. The project’s spokesperson proudly claims the device will “produce a lethal output greater than anything fielded to date.”

Economists and accountants will appreciate the concept of “lethal output,” a metric that serves to justify elevated levels of investment. Economists have traditionally used the idea of output to measure the amount of goods an industrial process creates, adding to the world’s stock of industrialized production. Lethal output suggests the idea of measuring the number of human lives that can be eliminated from humanity’s stock in relation to a given investment. In this case, however, the target will be missiles rather than people.

The biographical note Engadget supplies for Igor Bonifacic, the author of the article, tells us that he “fell in love with technology and gaming when a friend of his introduced him to Blizzard’s ‘Warcraft: Orcs and Humans.’” Bonifacic has apparently made the leap from games of warcraft to actual warcraft. Could it be that he sees no fundamental distinction between the two? Or could it be that warfare today is as hyperreal as video games?

The virtual warfare of violent video games and actual warfare have in common the notion of efficiency measured by the amount of resources required to achieve the highest possible destructive effect. In traditional warfare, it is a measurable physical output, expressed, for example, in body counts. In video games, it exists in the form of an automatically calculated score based on a number of variables. The score serves to demonstrate the player’s strategic skills and, to some extent, physical capacity to produce lethal output.

In other words, both the industrial innovation promoted by the Boeing consortium and playing a video game reflect a dominant economic culture of measurable performance. It expresses all outcomes, whether physical or psychological, as output. Destruction as an economic science.

The traditional complaint by armchair moralists that playing violent video games encourages violent behavior has been pretty thoroughly debunked. But the close relationship between the logic of investing in warfare and playing warfare-based video games reveals an essential cultural affinity. It reflects a type of behavioral conditioning that encourages a taste for collective conflict rather than personal violence. It also helps to link the idea of destructive capacity with that of positive economic performance. As a cultural artifact, it conveniently undergirds an economy that has put at its gravitational center the military-industrial complex.

Although no one has yet seen a physical example of multi-domain battlespace — meaning that for the moment, it remains an abstract idea rather than concrete reality — the domains it refers definitely do exist. On its website, Lockheed Martin describes the future setting: “Fighting a multi-domain war requires integration across platforms, systems, military branches and coalition forces. Winning a multi-domain war requires agility, innovation, flexibility and adaptability, according to the U.S. Army’s Vision for 2025.”

In other words, the multi-domain battlespace of the future will require both technology with proven lethal output and a human skill set that presumably includes the characteristics video gamers develop: agility, innovation, flexibility and adaptability. Unless, of course, those skills can be handled more efficiently by artificial intelligence (AI). That would be the ultimate “integration across platforms” that Lockheed envisions.

Given the complexity of such a program, the defense contractor makes the essential point that an army can’t do that on its own. Such an effort across a multi-domain battlefield “demands industry collaboration and innovation to increase agility and flexibility on the battlefield.” The US can count on Lockheed and Boeing to play their role… and send Washington the invoice.

Ever since the first atomic bomb, people have been fascinated by the idea of justifying expensive military research by the idea they have of the number of people who can be killed in a single stroke by the technology itself. In former times, military strategists put the accent on human action rather than the capacity of the technology. War was a game fought between men, not machines. Even a machine gun, whose lethal output was exponentially greater than a simple rifle, was merely a tool enabling greater lethal output by the soldier who held it in his hands. Perhaps it was Big Bertha, the incredibly destructive cannon introduced by the Germans in World War I, that set the stage for attributing lethal output to devices rather than people. Increasingly for the military — in contrast with the National Rifle Association — guns kill, not people.

In the age of drones, hand-to-hand combat has been replaced by remote-controlled flying devices. Humans may program the drones, but they don’t produce their lethal output. After the failures of Korea, Vietnam, Iraq and Afghanistan where the US government sent people to get the job done and produce the output, the thinking appears to be that now machines can very nearly handle the complete job. Soon it will be AI doing all the decision-making. Henceforth, everything will be “over the horizon” (as well as “over the rainbow”).

The other historical trend illustrated by this new weapon concerns the mindset that leads to the production of weapons with ever greater lethal output. When promoting a new weapon in the past, the military put the focus on functionality. Today’s military hyperreality relies on abstract images that dance in people’s heads of the potentially dangerous world we live in and the excitement around technology’s capacity to mold that world. The single clause, “a leap-ahead capability for air and missile defense that is necessary to support the Army’s modernization efforts and defeat next-generation threats,” contains at least three hyperreal concepts: “leap-ahead capability,” “modernization” and “next-generation threats.” All three focus not on the needs of war, but on the needs of an arms race.

In former times, defense contractors built what the Defense Department requested: planes, weapons, vehicles, communication devices, protective equipment and much more. Following the specifications provided by the government, industry then produced and delivered the items. Today, Lockheed understands that in a world ordered around the idea of multi-domain battlefields, instead of following, industry guides and orientates those needs thanks to its commitment to “collaboration and innovation” as well as the “agility and flexibility” Americans recognize as the exclusive privilege of private, for-profit industry.

That relationship sums up the parasitic logic of the military-industrial complex that Dwight Eisenhower, the former US president and general, saw emerging six decades ago in the midst of the Cold War. If he were alive today, he would be flabbergasted by the sophistication of the new Cold War.

The announcement about the new laser weapon system not coincidentally follows China’s successful trial of a hypersonic missile that General Mark Milley has obligingly called “a Sputnik moment.” He undoubtedly wishes to underline his and his government’s commitment to launching the new Cold War. Only months after canceling the not sufficiently multi-domain battlefield in Afghanistan, the most powerful nation in human history needs to stimulate an arms race that reinforces the image of the indispensable military-industrial complex.

*[In the age of Oscar Wilde and Mark Twain, another American wit, the journalist Ambrose Bierce, produced a series of satirical definitions of commonly used terms, throwing light on their hidden meanings in real discourse. Bierce eventually collected and published them as a book, The Devil’s Dictionary, in 1911. We have shamelessly appropriated his title in the interest of continuing his wholesome pedagogical effort to enlighten generations of readers of the news. Read more of The Daily Devil’s Dictionary on Fair Observer.]