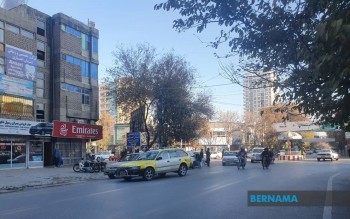 “In the two blasts that happened next to the Abdul Rahim Shahid school at 10.00 am local time today in Police District 18, six people were killed and 11 others sustained injuries,” Zadran mentioned on his Twitter account, reported Xinhua

The victims, in line with Zadran, belonged to the Shiite Muslims sect.

Without offering extra particulars, Zadran added that safety forces cordoned off the realm and  investigation was underway.

In the meantime, eyewitnesses, with out giving their names, say that three blasts had been heard and two of them targetted academic establishments in Dasht-e-Barchi space on the western fringe of Kabul metropolis.

According to eyewitnesses, the variety of casualties was greater than reported.

No group or particular person has claimed duty for the assault.

Schools and training centres had previously been attacked in Dasht-e-Barchi space and the hardliner Daesh outfit claimed duty.