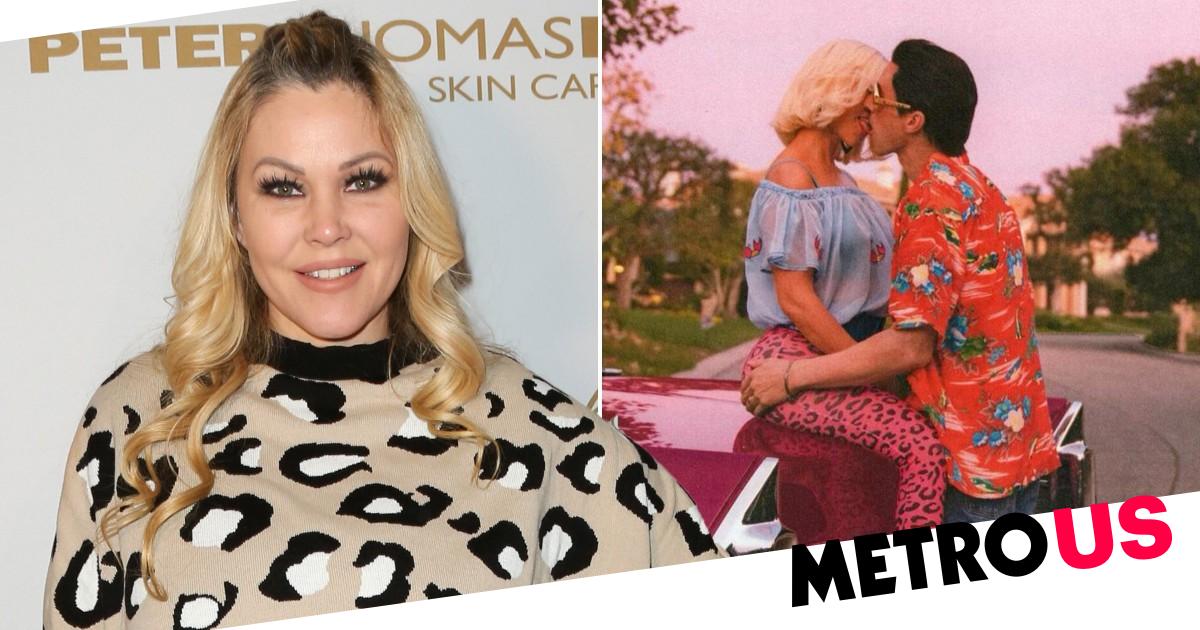 Shanna Moakler has shared a not-so-subtle response to ex Travis Barker and his new fiancée Kourtney Kardashian choosing True Romance as their Halloween costume – a movie that had held a very special meaning in Travis and Shanna’s marriage.

Indeed, it was the film that Shanna, 46, and the Blink-182 drummer had ‘bonded over’ during their marriage.

The former couple named their daughter after Patricia Arquette’s character Alabama, and even walked down the aisle to a song from the movie.

So it might not come as a complete surprise that Shanna threw a big of shade over Kravis’ choice of Halloween costume.

The smitten couple, who got engaged earlier this month, transformed into the film’s lead stars Patricia Arquette and Christian Slater to recreate the famous movie poster.

Kourtney, 42, wore a pair of pink leopard print leggings with white blouse, sunglasses and blonde wig similar to Patricia’s character Alabama Whitman, as Travis donned a brown jacket, jeans and a pair of aviator sunglasses like Christian’s Clarence Worley while brandishing a gun.

They didn’t stop at just one either as Kravis took part in a whole photoshoot, with other images seeing them kissing on a car bonnet and straddling each other against a white backdrop in a studio.

One of Shanna fans wrote beneath a picture of her own costume on Instagram, stating: ‘Can I just say how completely odd I find it that Kravis is bonding over the movie True Romance when that was you and his thing when you were married? Hopped on IG and saw their photo shoot and it’s so weird…’

‘It’s like an episode of Punk’d,’ the Rhode Island native responded.

In response to another follower who asked why Kourtney and Travis are so ‘obsessed’ with her, Shanna claimed ‘the whole thing is embarrassing at this point.’

Shanna previously made it more than clear how she feels about Kravis’s love for True Romance.

Speaking to People in May, she said: ‘The movie, True Romance, that I feel like they’ve been bonding over was the theme of our wedding. Our daughter’s named after the character in the movie. Flying banners overhead like we did on Meet the Barkers. Stuff like that…I just think it’s weird.’