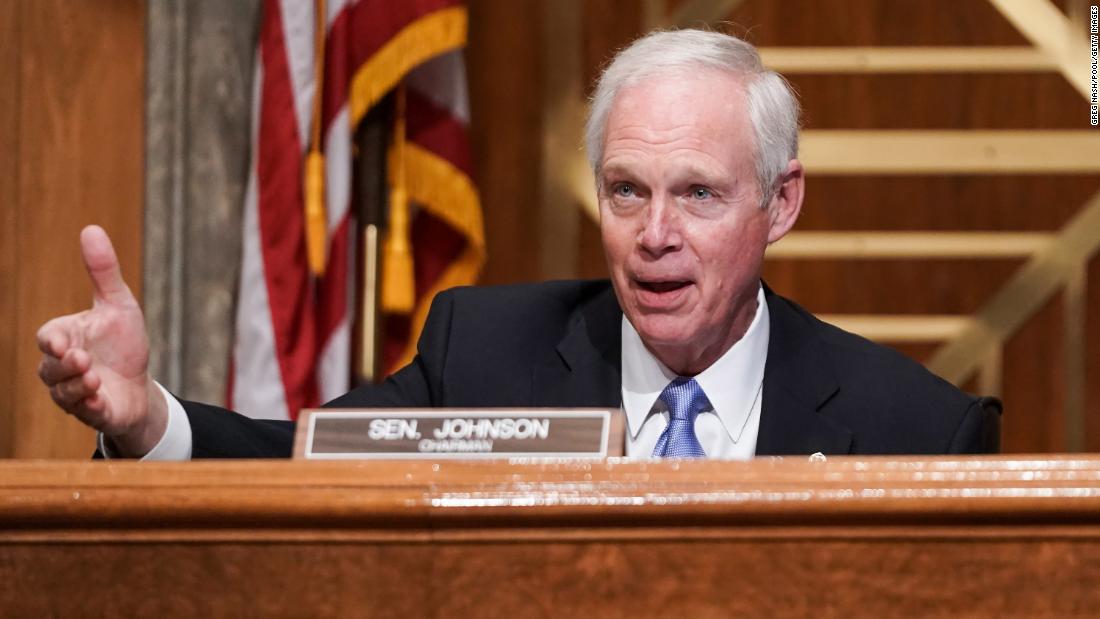 Johnson, a staunch ally of former President Donald Trump, said in the email, “I am announcing I will continue to fight for freedom in the public realm by running for re-election. It is not a decision I have made lightly.”

Johnson’s announcement comes one day after Senate Minority Whip John Thune said he would seek reelection for his South Dakota seat. Johnson is the last incumbent Republican to announce his decision to seek reelection in this year’s midterms.
Democrats have attacked Johnson for misleading the public on the Covid-19 vaccine, downplaying the January 6 attack and dismissing climate change.
And after the Republican-led Senate acquitted Trump in the 2020 impeachment trial, Johnson used his position as chair of the Senate Homeland Security Committee to investigate then-presidential candidate Joe Biden and his son Hunter’s foreign financial dealings in Ukraine. The panel did not conclude that Biden altered US policy to benefit his son.

Johnson has also continued to try to shift blame away from Trump for the violence of January 6, 2021, suggesting that a small group of provocateurs may have been responsible for turning a largely peaceful protest of the 2020 election into a rampage that left five dead and about 140 police officers injured.

In an op-ed published Sunday in the Wall Street Journal, Johnson writes that although he’d like to retire, he is running for reelection because he believes America “is in peril.”

“Instead of everyone working to achieve the goal President Biden stated during his inaugural address—unifying and healing America—it feels as if our nation is being torn apart,” the Republican senator wrote criticizing policies by Democrats that he believes have failed Americans.

The six Senate seats most likely to flip in 2022 are currently held by three Democrats in Nevada, Georgia and Arizona, and three Republicans in North Carolina, Pennsylvania and Wisconsin. Biden narrowly won five of those states in 2020 and narrowly lost the sixth, North Carolina, but a backlash against his presidency and the history of midterms working against the incumbent has left Republicans optimistic that they will take back the Senate in 2022.

This story has been updated.