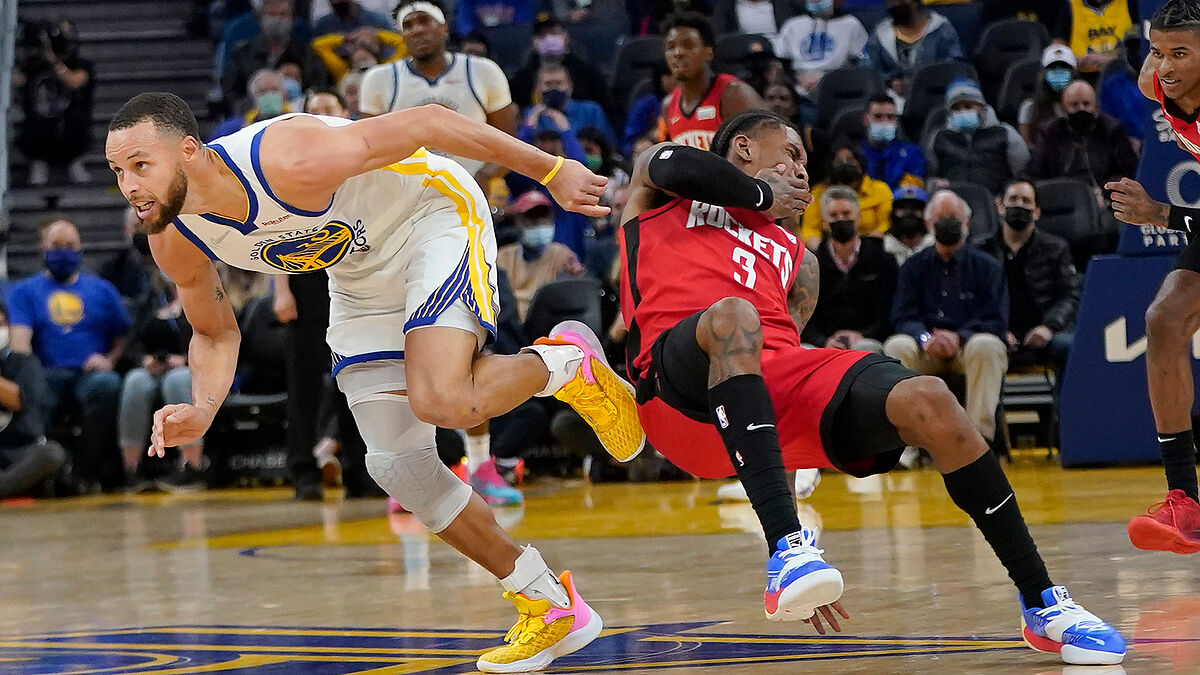 The Golden State Warriors (33-13) defeated the Houston Rockets (14-33) on Friday at Chase Center as Stephen Curry hit the eighth game-winning shot of his career.

Curry went 6-of-21 from the floor and only scored 4-of-13 from downtown, but he came through when it most mattered, sinking the game-winning jumper to avoid overtime and secure the win. With five seconds left in the fourth quarter and the game tied at 103, Curry’s step-back 2-pointer completed the comeback for Warriors after trailing by as many as 15 points.

Jordan Poole takes over down the stretch

Rockets led most of the night, taking a 6-point lead after one quarter and going into halftime up by 11 points. Curry’s game-high 22 points and 12 assists were vital to cut down the deficit with a 13-0 scoring run in the third period, heading to the final stanza with the score tied at 76.

Jordan Poole, who recorded 20 points in 32 minutes, hit a couple of clutch shots down the stretch to keep Golden State alive. Otto Porter Jr. contributed with 13 points, including some big dunks and free throw makes in the fourth, while Andrew Wiggins added 17 points of his own, and Kevon Looney grabbed a team-high 12 rebounds.

While Jalen Green was the only Houston starter to not reach double-figures in scoring, missing all 11 of his field goal attempts, six Rockets racked up 10+ points on a night that came down to the wire. Christian Wood led his side with 19 points, followed by Kevin Porter Jr.’s 17, Kenyon Martin Jr.’s 14-piece off the bench, Garrison Matthew’s 12, and Eric Gordon and Jae’Sean Tate’s 10.

Warriors continue its 7-game homestand on Sunday against the Utah Jazz before hosting the Dallas Mavericks on Tuesday. Rockets will face the San Antonio Spurs on Tuesday to begin a 4-game homestand that will feature a rematch against Golden State.