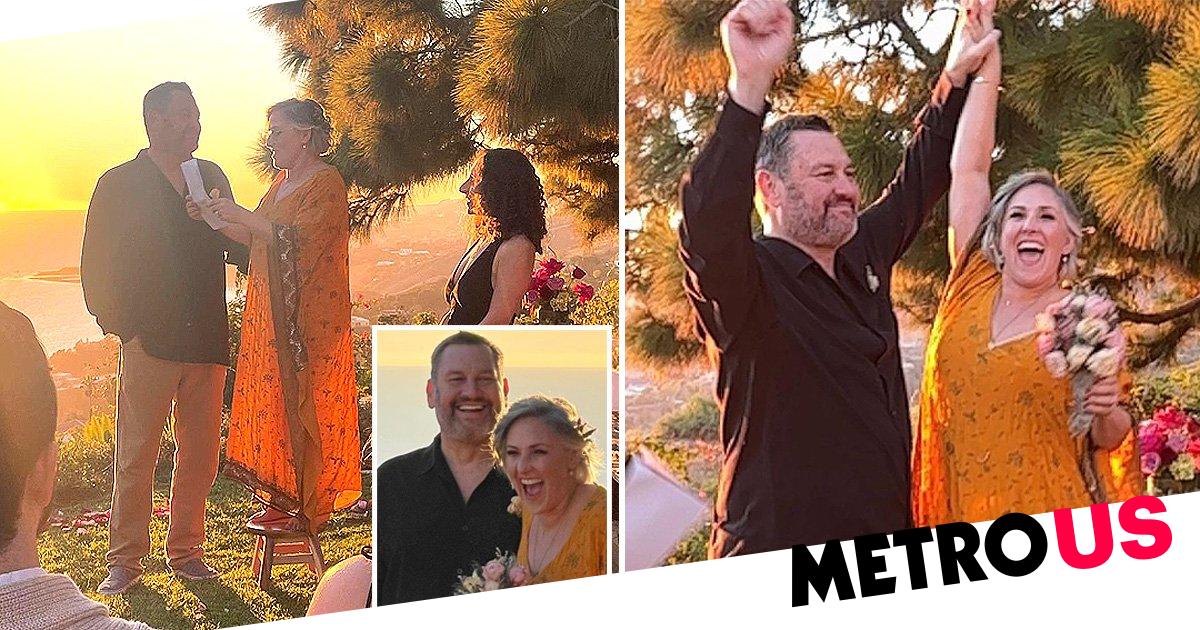 Host and actress Ricki Lake has tied the knot with her fiance Ross Burningham, in what looked like the most joy-filled, loving wedding ceremony.

The Hairspray star, 53, shared the happy news online almost a year after announcing her engagement.

Posting several pictures to Instagram she said: ‘We did it! 1/2/22 Ross and I said I DO!’ before adding in another post that it was ‘the happiest of days’.

Lake wore a flowing orange dress and held a small bouquet while her husband donned a simple black shirt.

The star’s celeb pals shared their well wishes for the newly-married pair, with Rosie O’Donnell writing alongside Ricki’s photo: ‘Congratulations both of u,’ while Andy Cohen chimed in: ‘OMGGGGGGG!!!!’

Ricki and Ross made their engagement public in February 2021.

Alongside a selfie of the pair, X Factor: Celebrity star Ricki said she was ‘so grateful’ to be starting a new chapter with Ross, calling him ‘wonderful’ and ‘my person’.

She mused: ‘Friends, I’m so so so excited to share some good news! I’m engaged! 💍 ♥️ This is Ross. He is my person. He is wonderful.

‘I love him very much and I am so grateful I get to love and be loved so deeply by this stellar human.’

Ricki continued: ‘Our next chapter is sure to be a good one. #heartopen #lifeisbeautiful #ibelieveinlove #thisis52 #selflove #nofilter #justhappy ♥️.’

Opening up to People magazine about her engagement, the star said she ‘pinches herself’ over the couple finding each other.

She said: ‘Ross and I literally pinch ourselves that we have found each other at this time in our lives, Both of us, newly empty-nesters, we feel as if we are kids again. We are filled with gratitude and joy for what is to come.’

She’s well known for her portrayal of Tracy Turnblad in the 1988 film Hairspray as well as her own 1993 daytime talk show, aptly-titled Ricki Lake.

Lately the star has also been open about her struggle with hair loss, recently posting on social media about the decision to shave her head, which she called ‘scary and liberating’.

But she described the journey towards ‘self-love and acceptance’ as a “’reat gift’.

Ricki recently took part in the UK singing show X Factor: Celebrity in 2019 and had previously taken part in the US series of The Masked Singer.

MORE : Betty White did not die from getting Covid booster but ‘peacefully in her sleep’