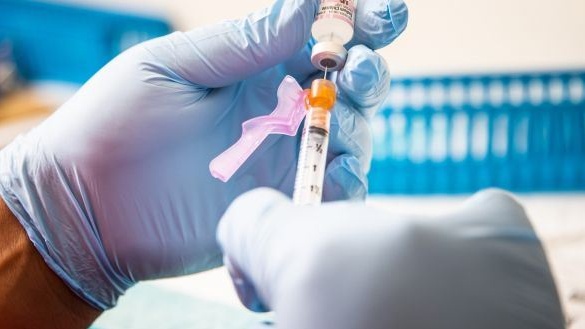 Regular seasonal vaccinations with booster jabs against Covid-19 will likely be the way to live with the coronavirus in the long-term, an immunologist has said.

Prof Kingston Mills, an immunologist at Trinity College Dublin, has called for a plan to be drawn up to administer booster doses to the entire population as people experience waning immunity from earlier vaccination and Covid-19 case numbers increase in a fourth wave of infection.

Ireland and the UK had “reaped the benefits” of a faster vaccination programme than other countries but was now “suffering the consequences” of that earlier rollout, he said.

“Waning immunity is a fact that occurs in every age group so we need to be ready to boost. If we have the vaccines, why not just get out and do it?” said Prof Mills.

He said that vaccine manufacturers Pfizer, Moderna and AstraZeneca were developing more effective jabs against the more transmissible Delta strain that people would require and it was “very likely” that Covid-19 jabs would become a seasonal vaccination like the flu jab.

“This is just another infectious disease that we now have on our list of diseases that we have to take care each year with a vaccine,” said Prof Mills.

“Vaccines are the best hope that we have of getting to a level that’s livable with. We have lots and lots of pathogens that circulate and we just get on with it.”

Third Covid-19 vaccine doses, so-called booster jabs, are being administered to people aged over 60 and to healthcare workers to protect people against a growing wave of infection.

Public health officials have stopped short of recommending an extension of the booster programme to other age groups, despite early evidence showing a decline in the infection rates among older age group and nursing home residents who have receive third doses.

The National Public Health Emergency Team (Nphet) has said that booster vaccines are aimed at protecting people against severe disease as immunity wanes amongst those vaccinated first. It is relying on public health measures to reduce transmission rates across the wider population.

At Wednesday’s Nphet briefing, the State’s chief medical officer Dr Tony Holohan said that boosting the entire population simply to reduce transmission was “not part of our plan” and that he did not believe the evidence was “in favour of that”, but “that may change in time”.

There was no one “magic solution” to prevent the virus spreading but the intention is to use “every single tool” available, including public health measures, vaccinations and boosters for some people, he said.

Prof Philip Nolan, chair of Nphet’s modelling group, said that boosting the whole population was “a very big policy question about whether that is an appropriate thing to do”.

“It is a much bigger question to ask yourself: are we going to re-medicate an entire population as a substitute for observing some basic public health measures like washing your hands or perhaps wearing a mask on public transport?” he said.

“I have no doubt – and other jurisdictions have shown – if you decide to re-vaccinate the entire population, you will cut transmission,” he added however.

Israel suppressed a fourth wave of coronavirus infections that began in June with third booster doses of the Pfizer vaccine for people aged 12 and older, mandated face coverings and proof of vaccination passes for people visiting restaurants and other indoor places.

The World Health Organisation has called on wealthier countries to delay widespread rollout of booster shots until vaccination rates rise in lesser developed parts of the world.