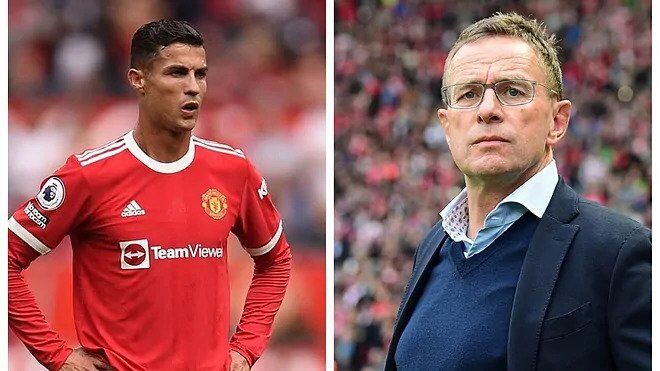 Ralf Rangnick thought that Cristiano Ronaldo was too old to sign when the Portuguese was just 30. Now, Manchester United‘s new interim boss will have a 36-year-old Cristiano working under his orders at Old Trafford.

The German has been chosen as the man to lead Manchester United through the rest of the 2021/22 Premier League season after Ole Gunnar Solskjaer‘s sacking last week, though the Portuguese No.7 could present him with a problem in the dressing room.

In 2016, when the 63-year-old was still at RB Leipzig, he was asked if he would sign Cristiano Ronaldo or Lionel Messi had he the opportunity to do so.

“Absolutely not,” Rangnick said strongly. “We’ve got a wage cap and they’re too old.”

Perhaps the most interesting part of his answer, though, came next. Beyond being too old for Rangnick‘s side as a 30-year-old, the coach said that Cristiano Ronaldo wouldn’t fit into his system.

“We have our own philosophy and they wouldn’t work,” Rangnick added.

Rangnick is known for his sides’ intense pressing, and questions have been asked about how Cristiano Ronaldo will fit into his United side, given he has never been one to press at Old Trafford, Juventus, nor Real Madrid.

Jadon Sancho, Mason Greenwood, Marcus Rashhford and other forward players will likely thrive under the German, but Cristiano might prove to be a square peg trying to fit into a round hole.