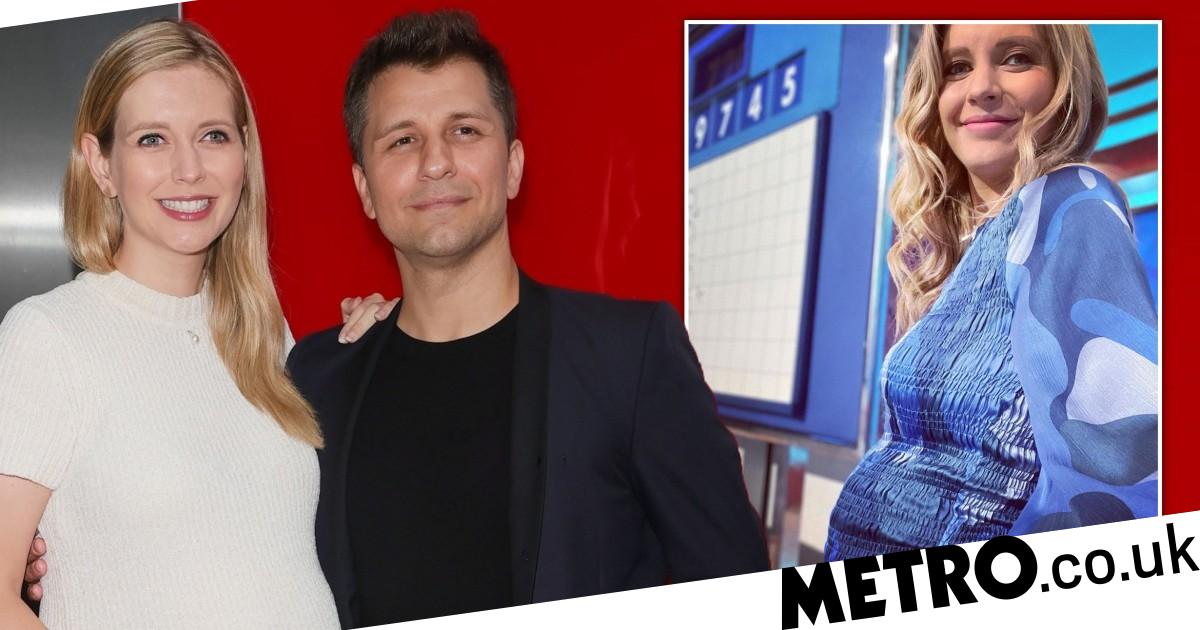 Rachel Riley suffered a miscarriage before becoming pregnant with her second child.

The Countdown star is expecting baby number two with husband Pasha Kovalev, just under two years after they welcomed their daughter Maven.

In a candid interview, Rachel shared that she feels lucky to have got pregnant so easily, after suffering a miscarriage in between the two pregnancies.

She told OK! magazine: ‘At 35 I’m considered old biologically. I had a miscarriage between the two pregnancies, so you can’t count your chickens.

‘Thankfully, I seem to get pregnant easily which I don’t take for granted.’

Rachel is 10 days overdue, having hit the 40 week mark over a week ago, and she and Pasha, 41, are planning for another home birth.

Maven was two weeks overdue when she made a rather speedy arrival on December 15 2019 – with Rachel giving birth on her bathroom floor.

The former Strictly contestant said: ‘Our daughter arrived so quickly that the midwives said, “Don’t even try to make it to the hospital this time.”

‘The midwives arrived with just 20 minutes to spare and I gave birth in our bathroom. I was pleading with Pasha to get the baby out – and that’s because I was almost there.

‘But it was only when the doula arrived and said, “Put your hand down there”, that I realised Maven’s head was emerging.’

She joked that she has already put the plastic sheeting down in anticipation of their second child’s arrival.

Despite going on maternity leave from Countdown on October 8, Rachel has still been working into the last weeks of her pregnancy, recording the audiobook for her adult maths book At Sixes and Sevens.

The book’s release beat out her baby’s arrival, as it hit shelves over the weekend.

Rachel and former Strictly Come Dancing pro Pasha began dating in 2014, months after her marriage to James Gilbert broke down.

They were paired together on the BBC show, and have always insisted that nothing happened between them until after Rachel’s marriage ended.

In July 2019, months before they became parents, the couple got married in Las Vegas.

For emotional support, you can contact Miscarriage Association’s pregnancy loss helpline on 01924 200799 or email info@miscarriageassociation.org.uk.

MORE : Dame Diana Rigg left £5,000 in her will to her nail technician