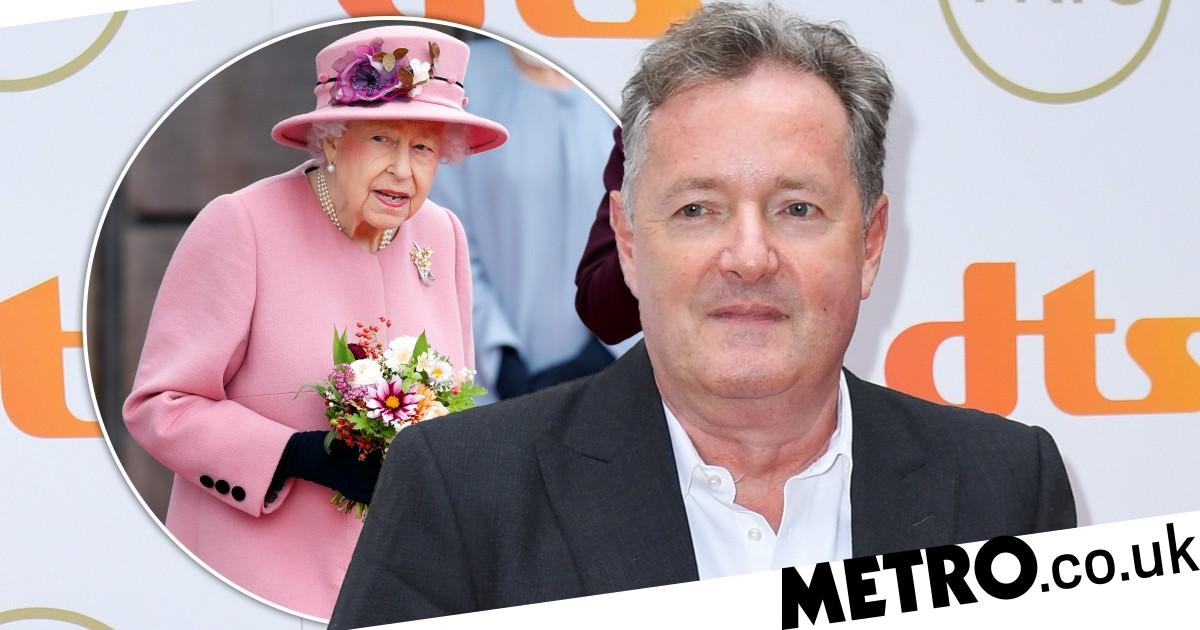 Piers Morgan has voiced his concern for the Queen after Buckingham Palace confirmed she has pulled out of hosting a major reception for world leaders at the COP26 climate change summit.

The 95-year-old monarch was due to travel to Scotland for the high-profile engagement on Monday, but will now record a speech later this week that will be played in a video message to delegates.

‘Very unusual for her to miss big events like this,’ he added. ‘Hope she gets all the rest & treatment she needs.’

It is understood Her Majesty very much wants COP26 to be a success and result in meaningful action from the participating nations.

It is hoped no world leaders will use the head of state’s absence as a reason not to attend the global summit in Glasgow.

Announcing the news in a statement, a palace spokesman said: ‘Following advice to rest, the Queen has been undertaking light duties at Windsor Castle.

‘Her Majesty has regretfully decided that she will no longer travel to Glasgow to attend the evening reception of COP26 on Monday, 1st November.

‘Her Majesty is disappointed not to attend the reception but will deliver an address to the assembled delegates via a recorded video message.’

The Queen faced preliminary tests in hospital on October 20 during her first overnight stay at a medical facility in eight years.

She has been resting following medical advice to cancel her two-day trip to Northern Ireland last week.

But the monarch returned to work on Tuesday, carrying out virtual audiences from Windsor Castle, her first official engagements in seven days, after she was ordered to rest by doctors.

The Queen is following the advice to rest and carry out only light duties, and remains in good spirits.

She is also expected to carry out light engagements in the coming days.