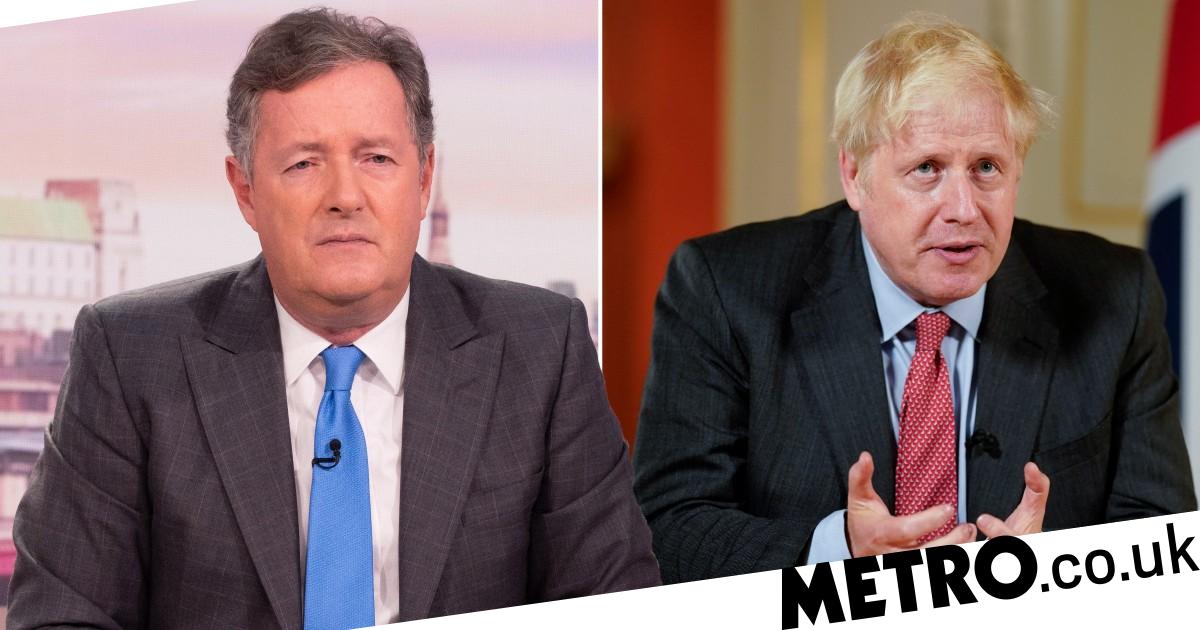 Piers Morgan has branded Rachel Johnson’s defence of Boris Johnson ‘laughably disingenuous’ as the journalist wrote about her perspective on the controversy swirling around the Prime Minister recently.

Mr Johnson has been met with mounting pressure to resign amid ongoing claims ‘parties’ were held on multiple occasions at Downing Street while the country was plunged into various states of lockdown the past two years.

Six Conservative MPs have so far publicly called for the PM to go amid allegations of boozy gatherings – some of which Mr Johnson attended – sparking more than a month of crisis at the heart of Government.

Most recently, the PM was accused of another potential breach, when he gave a speech as Number 10 staff gathered for a leaving do, while he was also accused of lying when he said he thought one of the events, in May 2020, was a ‘work event’.

Contrary to the claims, Rachel has insisted her brother was ‘completely compliant’ with the rules imposed on social distancing and limited numbers.

She said on LBC: ‘I didn’t see much of the Prime Minister and his family during lockdown, but the times I did see him, he was completely compliant: he dotted every ‘i’, he crossed every ‘t’. If it was ‘rule of six’, there were six. And what I didn’t see were all the things you’ve been reading about.’

Rachael also stressed the PM isn’t one to say ‘let’s have a party’ and instead ‘he would say “Let’s play reading”, when we were growing up, or even in our twenties, or: “Let’s play, who can memorise the most poems from the Oxford book of verse”‘.

It seems the journalist’s words for her brother’s character were taken with a pinch of salt from former Good Morning Britain host Piers, who seemingly wasn’t buying the story.

Addressing Rachel’s claims on Twitter, Piers wrote: ‘I find this defence laughably disingenuous but I admire the sibling loyalty.’

It comes after reports claim Mr Johnson has been interviewed by senior civil servant Sue Gray as part of her investigation into the alleged lockdown breaches.

The Prime Minister was said to have been asked to ‘share what he knows’ with Ms Gray, with sources telling The Telegraph that the highly anticipated report could be due as early as this week despite being delayed by further revelations about leaving dos held the day before Prince Philip’s funeral coming to light last week.

Last week Mr Johnson failed to win over the nation with his apology for attending a gathering during lockdown, with celebrities such as Gary Lineker and Susanna Reid fuming over the admission.

During PMQs last Wednesday, Mr Johnson admitted entering the garden of Number 10 on May 20, 2020 at a time when the country was under strict Covid rules during PMQs. It’s said around 40 Downing Street staff members attended the BYOB gathering.

It follows claims in the Mirror which allege Mr Johnson also attended a leaving do before Christmas 2020 during which he gave a speech to mark the departure of his defence adviser Captain Steve Higham.

Before the latest story emerged, Conservative Party Chairman Oliver Dowden had said the full extent of alleged rule-breaking was already known about ‘to his knowledge’ however exasperated backbench Tory MPs are deciding whether to submit letters of no confidence in Mr Johnson and trigger a leadership contest.

Six Conservative MPs have so far publicly called for the PM to go but as many as 35 may have submitted letters privately, just 19 short of the 54 required.

Yesterday, The Sunday Times columnist Dominic Lawson alleged the PM had lied over his claims that he thought the May 20 BYOB event was a ‘work event’.

Mr Lawson claimed that two people told the PM that it should be cancelled because it was a party.

A No 10 spokeswoman said: ‘It is untrue that the Prime Minister was warned about the event in advance.’