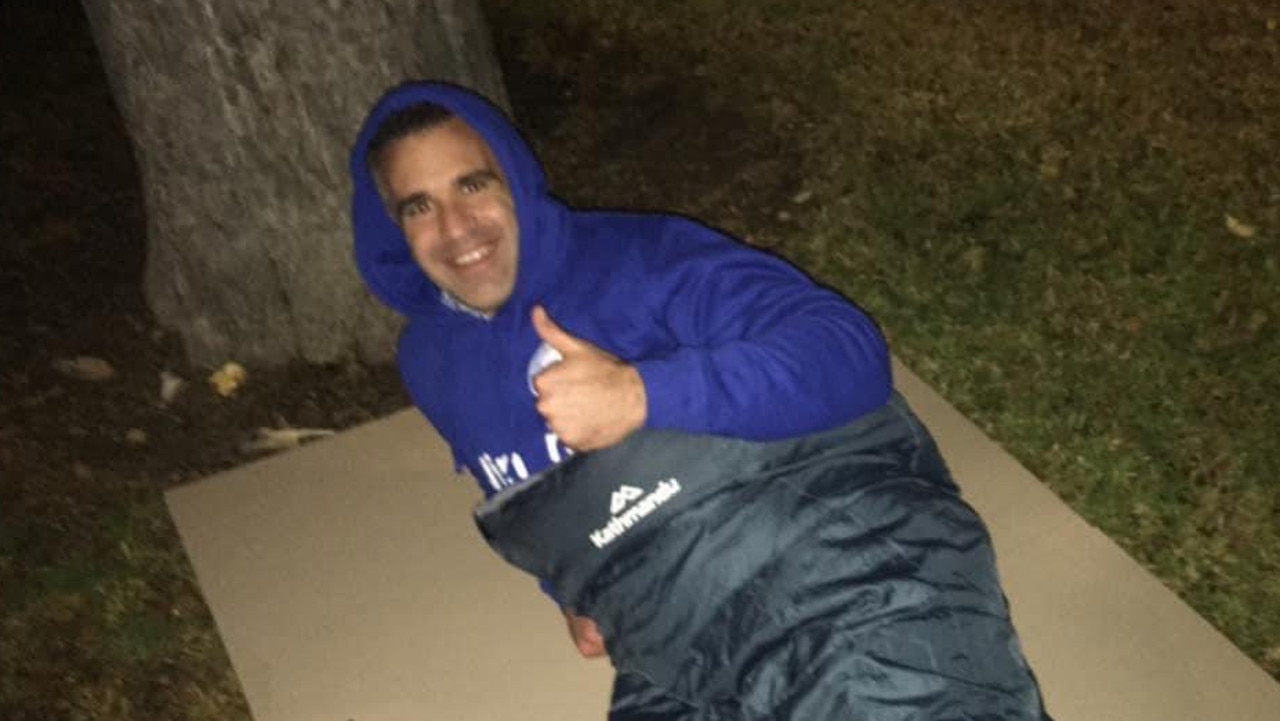 One state premier has pledged to sleep out within the chilly earlier than revealing a key purpose why.

Peter Malinauskas will return to South Australian streets this 12 months to sleep out within the chilly and lift cash to assist the homeless.

The Premier has participated within the Vinnies CEO Sleepout occasion for the previous six years and mentioned simply because he had a brand new job title, it wouldn’t cease him from doing it once more.

The father-of-three took to social media to announce he would get on board with the occasion, held on June 23 on the South Australian Museum.

Along together with his publish was a photograph from the primary evening he had ever participated.

“This was my first @VinniesSA CEO Sleepout as a Member of Parliament six years ago,” it learn.

“It was just one night of the year but I can’t imagine what it’s like to be sleeping in the cold every single night.

“The fact that there are people in our state who do is just heartbreaking.”

Mr Malinauskas is seeking to increase $20,000 for his good deed.

So far, greater than $1700 has been donated by his fundraising web page.

All cash raised from the occasion goes in direction of St Vincent de Paul Society to help homeless Australians.

“For one night, I’ll be sleeping outside as part of an eye-opening experience to raise awareness and bring home the realities of homelessness,” the premier’s fundraising web page learn.

“To help break the devastating cycle of homelessness, I need your support.”

Mr Malinauskas mentioned he remembered the coldest evening he had slept out on the streets was at Adelaide Oval 4 years in the past.

“Last year (the rain) absolutely came down at Lot 14. I was sleeping on the grass and everything was going okay.

“The rain coming down isn’t the problem but when it starts coming up from underneath you, it’s game over.

“It’s a good cause … and is something I’ve been wanting to help with in previous years and I was hardly going to say no just because I had a change of job in the last few months.”