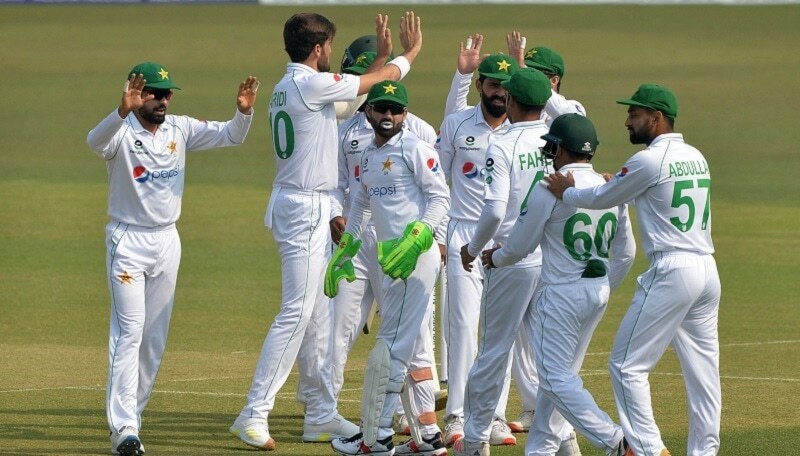 Pakistan bowlers used some variety to take four wickets in the first session of the first Test against Bangladesh on Friday, leaving the home side in trouble at lunch.

Liton Das was batting on 11 with Mushfiqur Rahim on 5 at the break.

Saif Hasan hit Ali for two boundaries in the second over to give a hint of a good start for Bangladesh.

But his opening partner Shadman Islam struggled against Afridi, who moved the ball well, but Saif grew with confidence, driving the left-arm pacer through mid-off for four.

Afridi broke through in the next delivery when Saif fended a short delivery to a short leg for 14.

Shadman also fell for 14, as Hasan had him leg-before after leaking runs in his opening spell.

Khan gave the side a big breakthrough when he reviewed successfully to dismiss captain Mominul Haque for 6.

Najmul Shanto then followed him, giving a straight catch to point for 14 as Bangladesh crumbled under pressure.

The home side is missing three key players as Shakib Al Hasan and Tamim Iqbal were ruled out due to injuries and Mahmudullah, who hit a 150 not out in Bangladesh’s last Test against Zimbabwe, retired from the five-day format.

Pakistan came into the Test series having swept Bangladesh in the three-match T20 International series.

The visitors handed a Test debut to Abdullah Shafique, who scored two centuries in three first-class matches he has played.