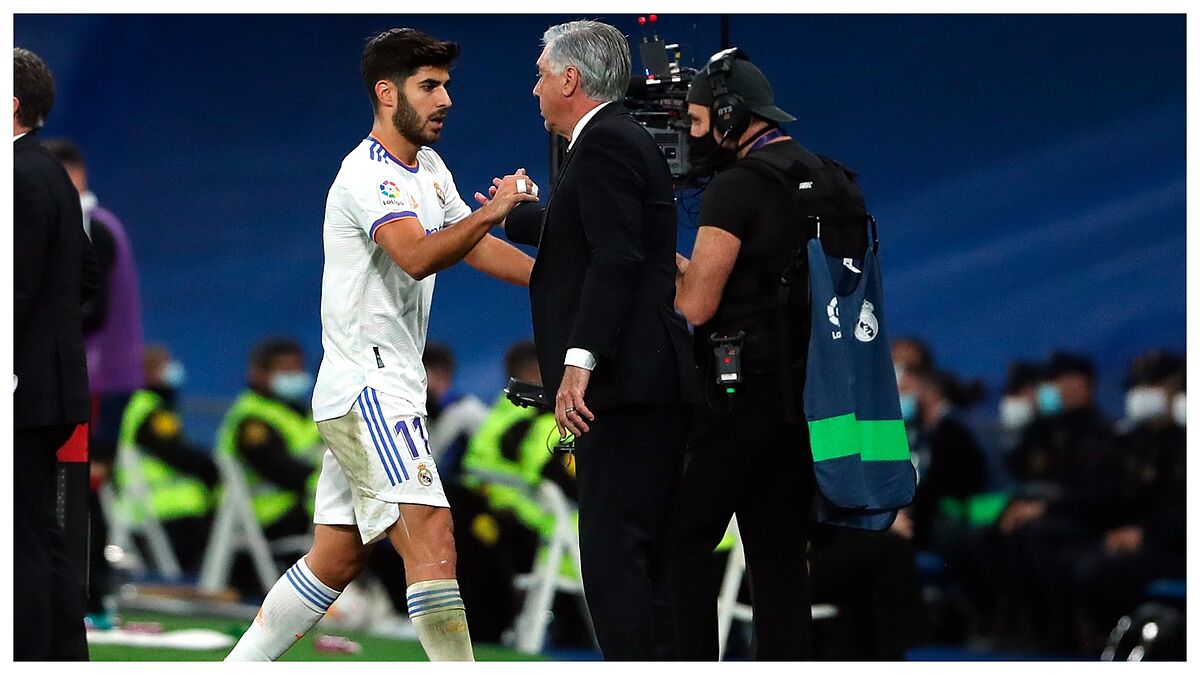 Marco Asensio‘s Real Madrid contract ends in 2023. He’s facing an uncertain future, and time hasn’t been kind to the player who was once Spain’s hottest prospect.

In 2017, it looked like he had the world at his feet and as though he might even win a Ballon d’Or, but the reality now is a long way from that. When Liverpool knocked on his door in 2018, the idea of him being sold was ludicrous. Now it’s not such a crazy suggestion.

His knee injury is already two years ago now, and he hasn’t kicked on as many at Real Madrid had hoped and expected he would. He was the second top goalscorer last season with seven to his name, but was never reliable or someone who could carry a serious weight of responsibility on his shoulders.

His hat-trick against Mallorca seems like something from an alternate reality, as he’s hardly shown anything resembling that since, nor had he prior to that game.

In 14 games Real Madrid have played this season, Asensio has featured in 11 and started in three. He’s played just 378 minutes, and his three goals came against Mallorca. He’s had six shots all season, five of those coming against Mallorca and the other against Barcelona.

Now Rodrygo Goes has fallen injured, a door has opened for Asensio. There’s a place on the right of Real Madrid’s attack that needs to be occupied, and he might just take it.

He’s currently ahead of Eden Hazard in the pecking order, and it won’t be a surprise if he starts against Shakhtar Donetsk.

The ball is back in Asensio‘s court, despite him not having played 90 minutes since facing Huesca on February 6. He has a lot to prove, and time is already working against him.