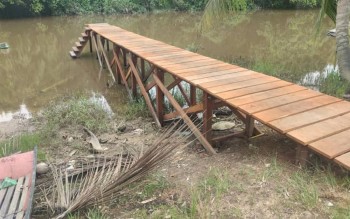 An MACC supply shared that the timber used within the RM50,000 mission was real ‘belian’ timber and authorized by consultants.

According to the supply, the MACC headquarters had instructed the Sarawak MACC to look into the mission, which is below the state’s Public Works Department (PWD), following allegations by the general public that it was too costly for a 15-metre picket jetty.

“The results of the investigation did not find any corruption or irregularities in the project,” the supply mentioned.

On Sunday (April 8), the Sarawak PWD uploaded an image of the picket jetty along with the development value on its Facebook web page, which generated criticism from the general public who assumed the price was too costly for a picket jetty and urged the MACC to research the matter.