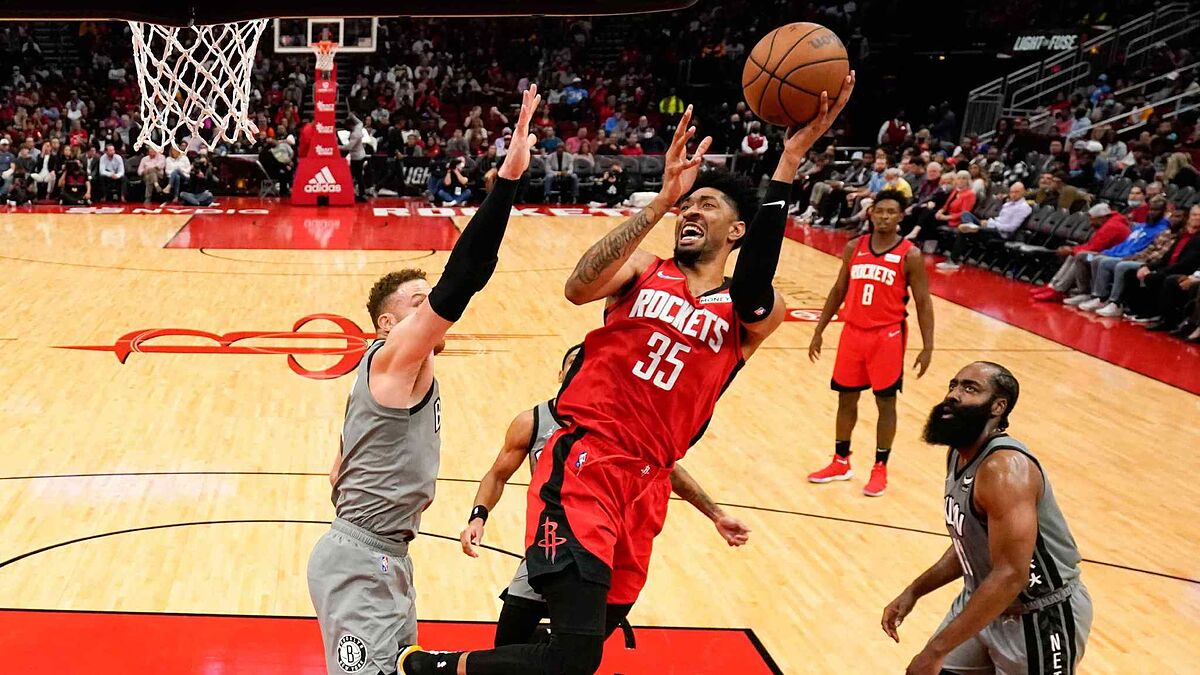 The Brooklyn Nets visited the Toyota Center, and they faced their first big upset of the season against a vulnerable Houston Rockets.

Houston defeated Brooklyn 104-114. The Rockets extended its positive streak to seven victories in a row.

The Rockets gained positive momentum in the last games. However, Houston works around a team effort than individual sparks.

Christopher had a perfect offensive performance, scoring 100% of their goal field’s attempts.

However, Christian Wood was the brightest performance of the victorious team.

Wood is the defensive bastion of the Rockets and had an outstanding performance against the Nets. He averages 11 rebounds, 2.3 assists, and more than 16 points per game.

The Houston Rockets will seek the eighth consecutive victory against the Bucks at the Toyota Center.

The Rockets became the fisrt team in league history to win seven consecutive games after a 15-games losing streak.

Meanwhile, the Brooklyn Nets are back on the road against the Atlanta Hawks.