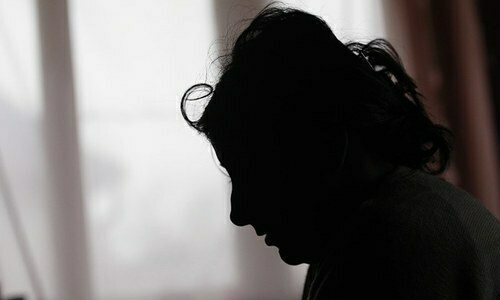 A female sub-inspector (SI) of Punjab’s Muzaffargarh district, who had in September accused a man of kidnapping, torturing and attempting to rape her, herself allegedly shared videos of other rape victims as well as “official secrets” of the police with her assaulter, it emerged on Saturday.
She was reportedly found guilty in an internal inquiry and was fired from the job.

According to a punishment order issued by Muzaffargarh police and signed by District Police Officer Muhammad Hasan Iqbal dated October 30, after a case was registered on the female officer’s complaint, the suspect named in the first information report (FIR) was arrested and his phone was confiscated.

Upon the phone’s examination, the punishment orders says, it was found that the female cop had “remained in continuous contact with the nominated accused” and shared “pictures and secrets” of the police department.

The order said the SI had even shared with the suspect videos of other rape victims, a report of City Layyah police station pertaining to a secret mission, videos of official property and another video of the high court.

“She, being a police officer, [continued] to share/disclose […] official secrets of the department with the accused, which shows her grave misconduct and criminal breach of trust,” the order read. “Her act is highly objectionable and against the norms of discipline/rules, which tantamount to warranting disciplinary action against her.”

As found guilty of misconduct and criminal breach of trust and law, the SI was thereby “awarded [the] major punishment of dismissal from service” under provisions of the Punjab Police Rules, 1975, the police order said.

Moreover, relevant officials have been directed to immediately collect government articles from the dismissed SI.

According to the FIR of the incident registered on behalf of the SI, she was called to a police station late at night to deal with a gender crime-related case and upon reaching there, she saw the suspect outside the police station.

The SI had claimed that the suspect had had previously harassed her through mobile calls and messages waiting next to his car on the main road. She had accused the suspect of making her forcefully sit in a car at gunpoint and taking her to a deserted area near Chaman Bypass.

Here, he had repeatedly tried to rape the SI by threatening her with his pistol and a knife, and when she had resisted, he had beaten her up and threatened to kill her, the FIR said.