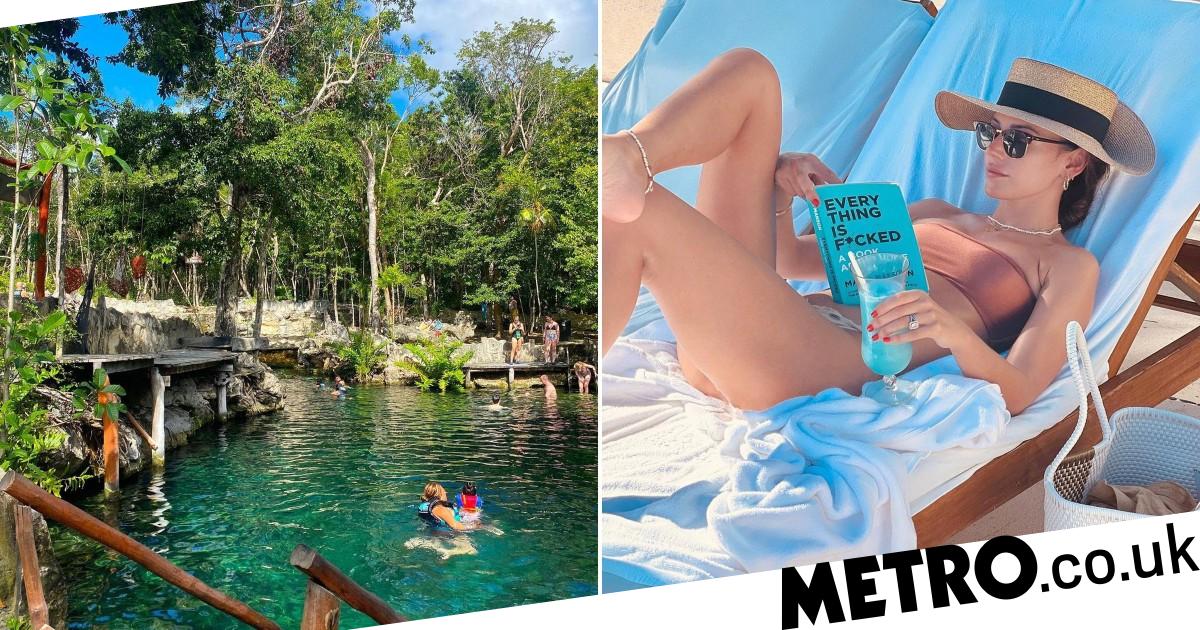 Michelle Keegan has been giving us serious holiday envy during her recent trip to Mexico with husband Mark Wright.

The actress, 34, has shared a series of photos from her sunny break as she admitted she’d broken her pledge to do Dry January.

Michelle shared a photo of herself reclining on a sunlounger in a brown bandeau bikini, straw hat and sunglasses as she read the book, Everything Is F**ked, with a blue cocktail in hand.

Admitting she’d packed in her resolution to not drink for the month, she captioned the snap: ‘Dear New Years Resolution, Well it was fun while it lasted. Sincerely January 4th.’

Michelle had also shared a series of photos showing what the couple had been up to on the trip, including walking on perfect white sandy beaches and taking dips on stunning pools.

The Our Girl star had earlier posted photos of her enjoying a margarita cocktail, joking: ‘Not lying my blood is now made up of 80% spicy margarita.’

Mark also took to Instagram to share a snap of himself from the trip, which comes after he got the all-clear after having a 12cm lump removed from his armpit and received confirmation it was not cancerous.

He wrote: ‘Walking in to the New Year remembering this is not a rehearsal…. to worry less and to relax more.

‘Parts of this year have been tough, the toughest being the loss my wonderful, never to be forgotten uncle Eddie.

‘But we must remember to learn from the speed bumps in the road, the highs wouldn’t be high without the lows. So when that moment comes for you…. Remember to ride it out knowing that things will always get better.

MORE : Michelle Keegan asked to do Strictly Come Dancing ‘a few times’ but admits she was scared enough for husband Mark Wright