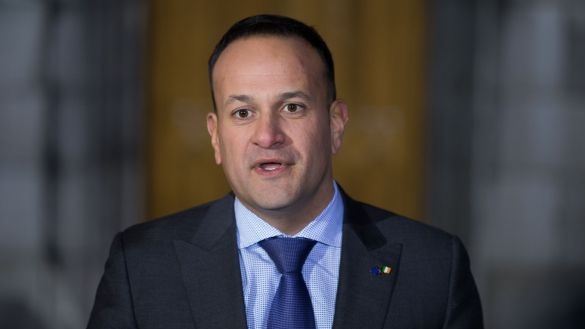 Michael Collins’s prophesy that the Anglo-Irish Treaty was a “stepping stone to freedom” has been fulfilled over the last century, Tánaiste Leo Varadkar is expected to say.

Mr Varadkar will give the keynote speech at a Fine Gael event on Friday evening to mark the centenary of the ratification of the Treaty.

On January 7th, 1922 the Dáil ratified the Treaty by 64 votes to 57 prompting a walkout by Éamon de Valera and his supporters.

Mr Varadkar is likely to say that Collins’s vision has been vindicated in “so many different and extraordinary ways” starting with the 1922 constitution of the Irish Free State and the freedoms brought by the Statute of Westminster in 1931, Bunreacht na hÉireann in 1937 and the Republic of Ireland Act in 1948 which “were all made possible by the Treaty and built on it”.

He will add: “On the international stage we made new treaties and agreements, each one giving new meaning to what had been achieved in 1921 and 1922. We joined the United Nations and became global citizens.”

Fifty years ago this month Ireland signed the Treaty of Accession to the European Economic Community and joined following its ratification by the people in a referendum that summer.

Mr Varadkar will praise the 121 men and women who voted on the Treaty and did so in the knowledge that were taking on the gravest responsibility and that no outcome will be the perfect one.

He is also likely to use the speech to criticise Sinn Féin’s take on the past. All the TDs who voted on the Treaty were Sinn Féin TDs and it was endorsed by a majority of them.

“In the recent decades, other people have come to claim that particular political identity and branding and their own,” he will say.

“They can do so only by ignoring every single historical fact that clashes with their carefully fabricated self-image. They appeal to the past, based on a falsification of history and claim a lineage that is not real.

“Whenever the State succeeds, they seek to undermine it. Wherever there is hope, they sow despair. Whenever there are unpopular decisions to be made, they hide or blame others.”

The centenary of the Treaty vote will be marked by the launch of a book entitled Men and Women of the Anglo-Irish Treaty Delegations 1921 at Kings Inn on Friday evening.

It has been compiled by and features the relatives of those who signed the Treaty in December 1921.

It will be launched by the Minister for Foreign Affairs Simon Coveney and the British ambassador to Ireland Paul Johnson.

On Friday evening RTÉ One will broadcast Treaty Live on January 7th – an event like Election 1918 that was presented by David McCullagh and Sinead O’Carroll.

Treaty Live imagines how modern television might have reported this event. With panel contributions from leading historians and political scientists, Treaty Live blends the real-time story of the approval of the Treaty with an exploration of the previous decade in Irish politics and foreshadows Ireland’s future.

The Minister for Culture Catherine Martin has announced that every local authority in the county will be given €50,000 to support their commemorative programme in 2022. She has also made a supplementary fund of €450,000 available to provide further supports to local authorities who have identified additional requirements in relation to specific centenaries of local significance.