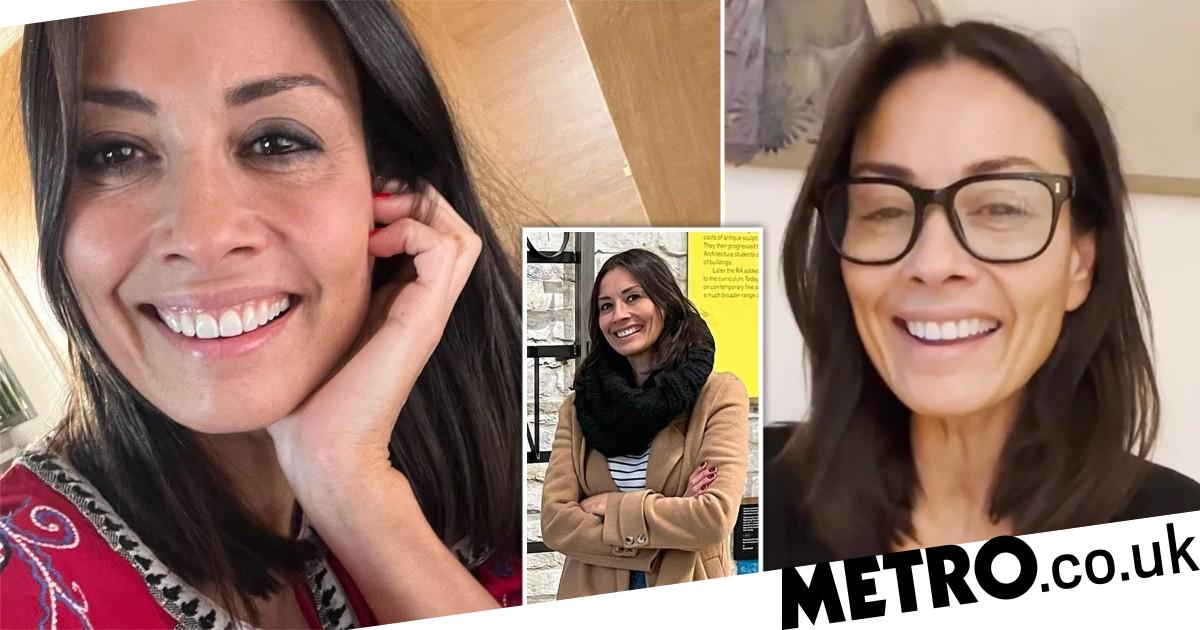 Melanie Sykes has spoken publicly about her autism diagnosis and called for an overhaul of the education system.

She’s raising awareness to help others with autism because she says it ‘crowbars’ pupils into a ‘certain way of thinking and being.’

The TV presenter, 51, announced earlier in the week she had recently been diagnosed with autism and that the news had been ‘life-affirming.’

She revealed she struggled in auditions and presenting roles her entire life, but had often put it down to being a ‘straight talker.’

The presenter has worked on a string of shows, including Let’s Do Lunch with Gino D’Acampo, Going Out with Alan Carr on Radio 2 and is best known for co-hosting Today with Des and Mel alongside Des O’Connor.

However, she revealed she had experienced difficult and challenging moments throughout her career, from struggling with talkback while using an earpiece or being unable to read numbers over five digits off an autocue.

‘I’ve often been told, “oh, nobody ever says that” or “nobody’s ever complained about that,” and now I know why,’ she said, in an interview with The Guardian.

‘I used to think it was because I was northern and was just a straight talker.’

Melanie said she was recently assessed for the developmental condition, which, according to the National Autistic Society, affects how those with it communicate and interact with the world.

The 51-year-old said she was encouraged to get an assessment during her work on a documentary about the failures of the education system. Harry Thompson, a writer and speaker on the programme, told her he recognised certain traits that could mean she might be autistic.

‘[They] included things like not doing very well in school. Although I was an avid reader, I couldn’t seem to quite grasp what I needed to do,’ she continued.

‘I always put it down to being the youngest in my year. I left school at 15 and I just thought I was less mature than the others, but I now know the education system wasn’t set up in a way that I was able to function there.

‘It crowbars you into a certain way of thinking and being, and if you don’t fit the bill you get left behind. That’s why we need to tear down the education system and rebuild it, so it suits everyone.’

Melanie’s youngest son, 17, was also diagnosed with autism at the age of three and she feels awareness of the topic is key to improving the system.

She believes children shouldn’t be ‘forced to learn algebra or French’ in a classroom if their ‘brain doesn’t work like that’, adding that doing ‘an hour of maths every day for five years’ wouldn’t have changed her inability to read a number that is over five digits long.

Her interview comes a few days after model Christine McGuiness revealed how she ‘broke down in floods of tears’ after also being diagnosed with autism.

The 33-year-old said it was a ‘relief’ to have been told as an adult that she has the developmental condition, but it wasn’t something that surprised her as there have always been ‘little hints’.


MORE : Melanie Sykes ‘cried all night’ after Keith Lemon ‘used her to entertain audience’ on Through The Keyhole

MORE : Christine McGuinness ‘broke down in tears’ as she was diagnosed with autism