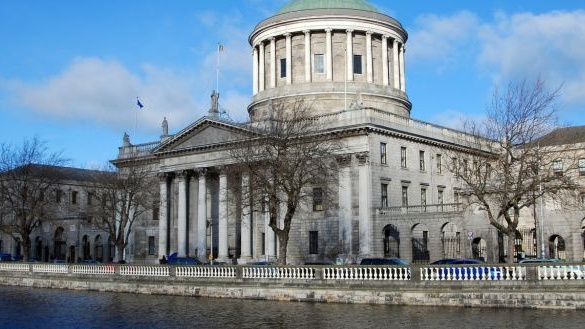 A man’s action seeking to nullify a land sale contract, as he claimed he had been led to believe the plot had a Dublin postal address when it was, in fact, in Co Meath, has been dismissed by the High Court.

In a judgment, Ms Justice Siobhán Stack noted that it “seems somewhat surprising” that Daniel Byrne and another entered into a contract for purchase of lands for some €8.8 million while unaware of the county they were situated in.

In dismissing the action, the judge said there was an “inordinate and inexcusable” delay in progressing the 2012 proceedings. She found there was a “real risk of prejudice” to the defendant, as the proceedings would require oral evidence on conversations had with the now-deceased land seller, Séamus McGreevy.

The court was dealing with the defendant’s application to strike out Mr Byrne’s case, which was initiated nearly six years after the contract was signed and two years after the death of Mr McGreevy.

The action was also against co-purchaser Neil Monahan, with an address at Grand Canal House, Grand Canal Street, Dublin 4, apparently at the insistence of the other defendant, although the judge noted he was never served with the proceedings and she said there must be “considerable doubt” as to whether the summons would be renewed at this stage so as to bring him into the proceedings.

The 2006 contract effected that Mr Byrne and Mr Monahan agreed to buy the plot of land for approximately €8.8 million, the judge noted. Each paid €350,000 by way of a non-refundable deposit and two additional anniversary payments. Further payments of €100,000 were due annually until February 2014, at which point the contract could be rescinded if the lands were not rezoned for residential development, she said.

Mr Byrne claimed the contract was void due to the subsequent revelation that the lands were not in the functional area of Fingal County Council, said the judge. He contended that he was entitled to receive his €350,000 deposit, and he alleged there had been fraudulent and/or negligent misrepresentation on the part of the late Mr McGreevy, she said.

The allegations were denied.

Mr Byrne claimed he had been led to believe the lands would have a Dublin postal address, with alleged representations from the deceased and a draft contract referring to Fingal County Council and a map of the folio, according to the judgment.

The defendant representing Mr McGreevy admitted that a special condition of the contract was conditional on the property being zoned for residential development in the next Fingal County Development Plan, the judge noted. Ms McGreevy and Ms Conroy submitted that this should be construed as a reference to the East Meath Local Area Plan (South) or alternatively should be rectified to so provide. They said the reference to Fingal was made “clearly in error” as the lands are in Co Meath, the judge said.

In their defence, they claimed that Mr Byrne and the co-purchaser were aware when they entered into the contract that any rezoning would have to be provided for in the Meath plan. They were also aware, it was claimed, that the published draft of the next Meath plan did not provide for the rezoning of the contract lands for residential development, according to the judgment.

In their counterclaim, the women sought payment of €1 million in alleged outstanding annual payments. However, they said they would withdraw the counterclaim if Mr Byrnes’ action was dismissed.

Ms Justice Stack found insufficient as excuses for the delay Mr Byrne’s claims the defendants delayed the discovery process, the fact his original solicitor ceased practising and that he was also hampered by personal medical difficulties.

The judge found that the balance of justice favoured dismissing the proceedings.