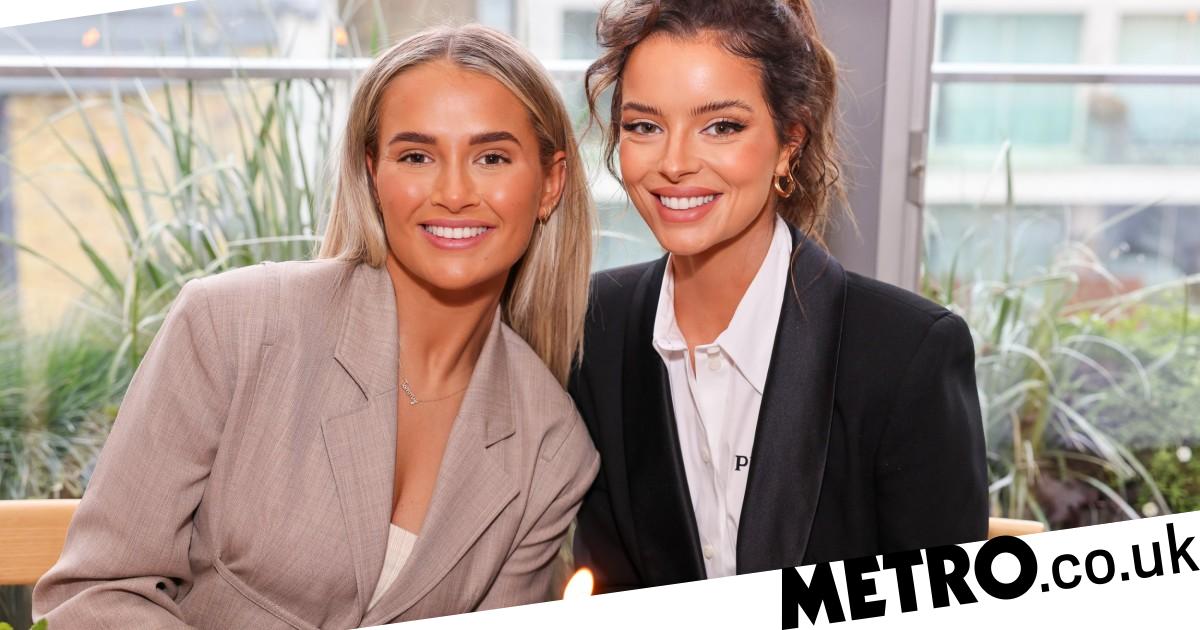 Maura Higgins has been spending time together with best palMolly-Mae Hague at an Ann Summers Christmas event, just days after she was rushed to A&E.

Maura, 31, and Molly-Mae, 22, have been best friends since starring together on Love Island in 2019, and made time for a catch up with one another after a traumatic week for Maura.

The reality star had us all worried earlier this week after revealing she was taken to hospital after a gruesome incident.

She shared a snap from hospital, writing on Instagram: ‘Ended up in A&E after slicing my finger to the bone. Happy F***ing Monday!’

It looked like a painful injury, but thankfully she was patched up and looked like she was back to her best at the new event.

Maura posed with her close friend and fellow Love Island star Molly-Mae on Wednesday, enjoying a plush dinner together on a table adorned with Christmas decorations.

Maura wore a white shirt with some jeans, while Molly-Mae was seen in a grey suit jacket.

Taking to Instagram later on, she reposted a picture from her hairstylist Carl Bembridge posing with Carl and Molly-Mae.

She captioned the picture: ‘My loves.’

The pair often step out together, with Molly-Mae putting her devastating home burglary behind her last month as she headed out on a glamorous night out with her pal.

Meanwhile, Maura most recently appears to be focusing on her career after her split from Strictly Come Dancing pro Giovanni Pernice.

The star, who rose to fame on series five of the dating show, celebrated as she signed a contract with a top modelling agency, teasing that ‘new beginnings’ are on their way.

Elite confirmed the signing to Metro.co.uk, with Maura’s deal also including a contract with Elite’s sister agency EWG Management in New York and LA.