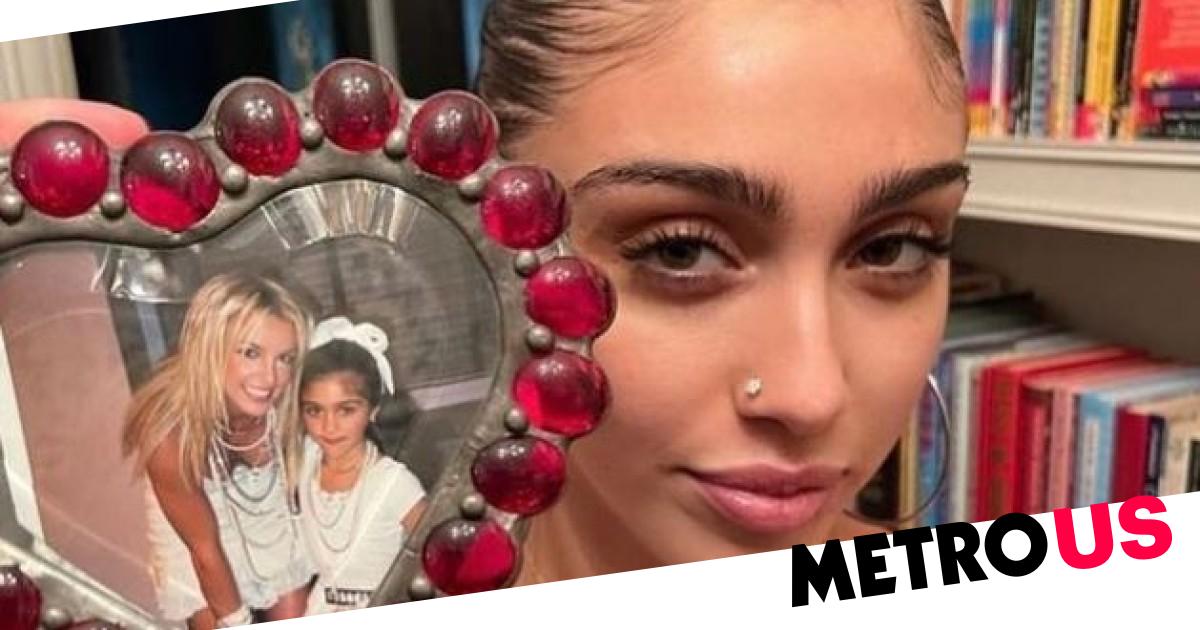 Britney Spears has another celebrity in her corner with Madonna’s daughter, Lourdes Leon, making a show of ‘solidarity’ with the singer.

Lourdes, 23, shared an epic throwback photo on her Instagram of her meeting Britney, 40, when she was a small child.

In the photo, the Toxic singer is seen bending down and hugging a tiny Lourdes, who is wearing a near-matching all-white outfit with Britney including a pearl necklace. The model, now as an adult, is pictured posing next to the throwback photo, which is being held up by a friend.

It seems support for Britney runs in the family as Lourdes’ mother Madonna recently spoke out against the singer’s controversial conservatorship.

The queen of pop wrote at the time: ‘Give this woman her life back Slavery was abolished so long ago! Death to the greedy patriarchy that has been doing this to women for centuries. This is a violation of human rights! Britney we coming to get you out of jail!,’ she wrote at the time.’

Britney returned the favour by speaking highly of the Like A Virgin hitmaker, telling her Instagram followers: ‘I’m sure it looks weird me dancing to @madonna so much… I see it … it’s like I’m not trying as much like I’m INDULGING ….. well thats exactly what her music does to me!!’

In 2011, the Slave 4 U singer also revealed how Madonna coached her into dealing with the pressure that comes with intense fame.

Speaking to Harper’s Bazaar, Britney said: ‘I guess she’s really taught me to stay true to myself. That seems like a simple thing to say, but she taught me through action, not just by saying it. There are so many people around you that have opinions, but you just have to listen to your instincts.’

After 13 years, a judge agreed to terminate Britney’s conservatorship which had controlled her finances and wellbeing under guardianship of her dad Jamie Spears.