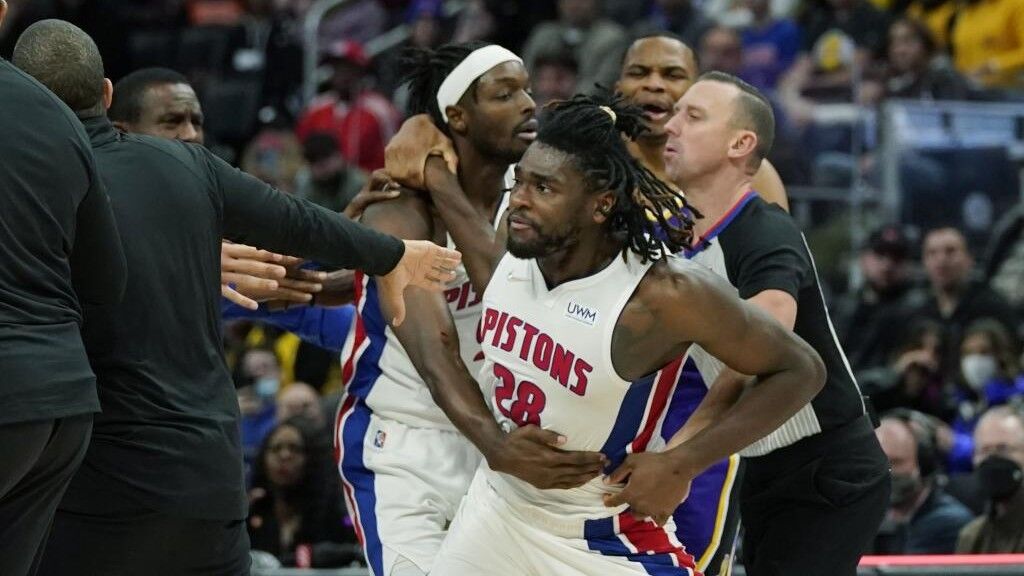 Sunday evening saw one of the stranger moments of the 2022 NBA season, with LeBron James ejected for appearing to elbow Isaiah Stewart, although it wasn’t well thought out with Stewart known to be one of the toughest people in the sport.

Despite being in just his second year in the NBA, the Detroit Pistons center has gained a reputation for physical toughness, stemming from his time in amateur boxing before being drafted.

The elbow of James left Stewart with a bloody nose during the clash between the Lakers and Pistons, and cameras caught footage of Stewart having to be physically restrained by multiple teammates, coaches and referees so that he couldn’t gain retribution on James.

Standing at 249 lbs and 6ft 6in, Stewart is an imposing figure of a man, growing up in Rochester he was a boxer as a youth.

It was never going to be a career for him after he discovered basketball, but it provided him with skills that should have made James think twice about his flailing elbow on Sunday.

Both players were ejected for their respective parts in the unsavoury incident, although James maintains the initial collision was accidental.

The scenes on Sunday were ugly, but nowhere near as bad as the 2004 brawl involving the Pistons and Indiana Pacers, when fans became involved on the court.

Stewart though, was intent on reaching James, breaking free of several teammates, showing his strength, feeling that it was a cheap shot on him from one of the true transcendent stars of the game.

Detroit coach Dwane Casey was quick to defend his player after the match, although he warned Stewart against making a habit of such incidents.

“I don’t think James is a dirty player,” Casey stated in his post-match press conference.

“But, Stew cut his eye, he felt like he had cheap-shotted across the brow, I’m not even sure he knew who hit him. He needs to just keep his head and not get a reputation.”