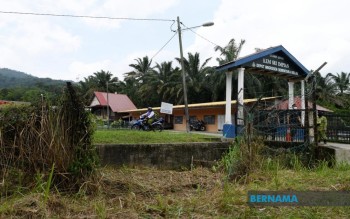 KPISM president Khairil Niza Khairuddin stated this was as a result of there have been detention depots in dilapidated circumstances and couldn’t accommodate too many detainees.

“KPISM additionally urges the federal government to achieve a consensus and take particular proactive measures within the administration of Rohingya detainees, who can’t be deported following Myanmar’s choice to not recognise or settle for them.

“This has caused overcrowding of Rohingya detainees at detention depots nationwide and this will create problems, whereby they cannot be released or deported,” he stated in an announcement at the moment.

He stated the scenario had elevated varied dangers, such because the unfold of illnesses in detention depots, riots, increased prices of meals and drinks and so forth.

Khairil Niza stated KPISM supported any efforts carried out by JIM in elevating the standard of detention depots and was keen to cooperate and supply enter in searching for the very best resolution relating to the matter.