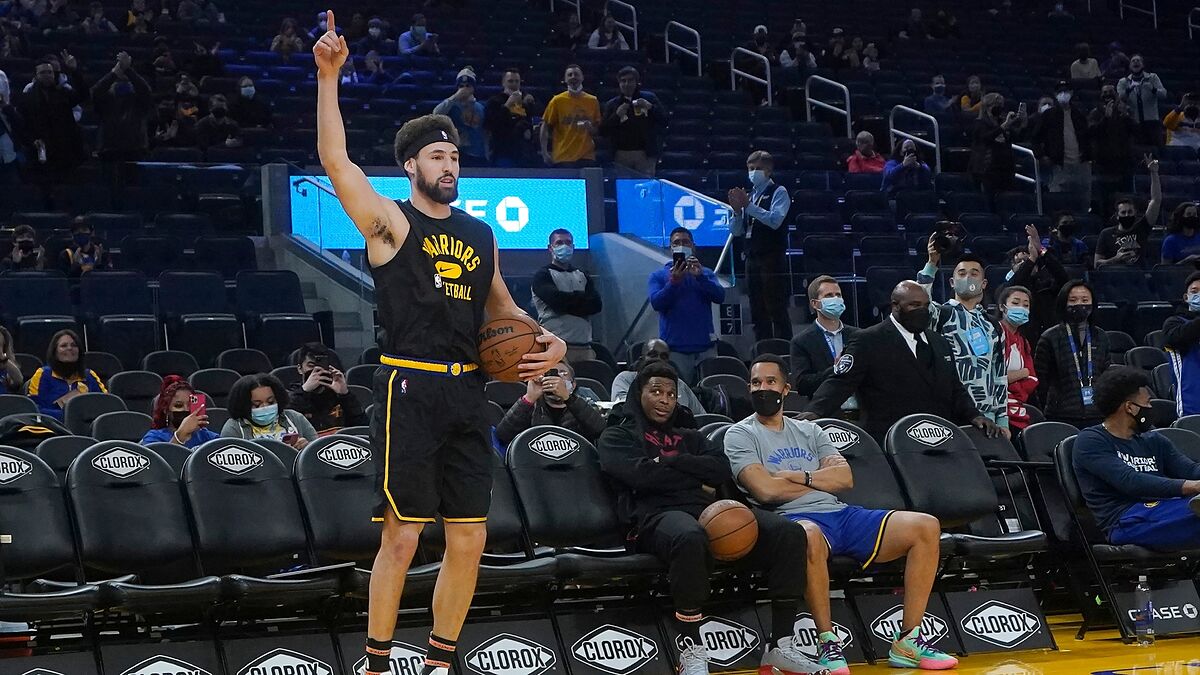 Nobody is happier about Klay Thompson’s official return to play for the Golden State Warriors than Klay Thompson himself. The point guard just reacted to the news that everybody is talking about for next Sunday. Golden State is ifficially giving Klay the clearance to return to play for his team against the Cleveland Cavaliers. Last Friday, there were several reports mentioning the decision and hoping it can become official on Saturday. But Klay couldn’t wait for the official confirmation and he already reacted to social media in a hilarious manner.

As a reflection to the recent poor results for the Golden State Warriors, Klay decided to use a similar moment from the legendary ‘Space Jam’ animated movie that stars Michael Jordan. In that scene, the Toon Squad seems lost but they suddenly get a massive level leap by getting Bill Murray to help them. Even though this is already a great comedy, Murray‘s brilliant performance offers an even deeper comedic relief from start to finish. Thompson mentioned in his post that the American comedian is his spirit animal and his modd will be exactly that. The Instagram post he shared was part of that iconic scene in ‘Space Jam’.

This is the perfect time for Klay Thompson to come to the rescue in the midst of a Warriors debacle with Steph Curry half injured and Golden State completely lost. Even though for statistics it’s just another game, the entire world will be watching as Thompson finaly makes his return. As we said in the past, Sunday will mark 941 days since the last time Klay played an official NBA basketball game. Whatever happens, his biggest purpose will be complete as soon as he gets on the court.