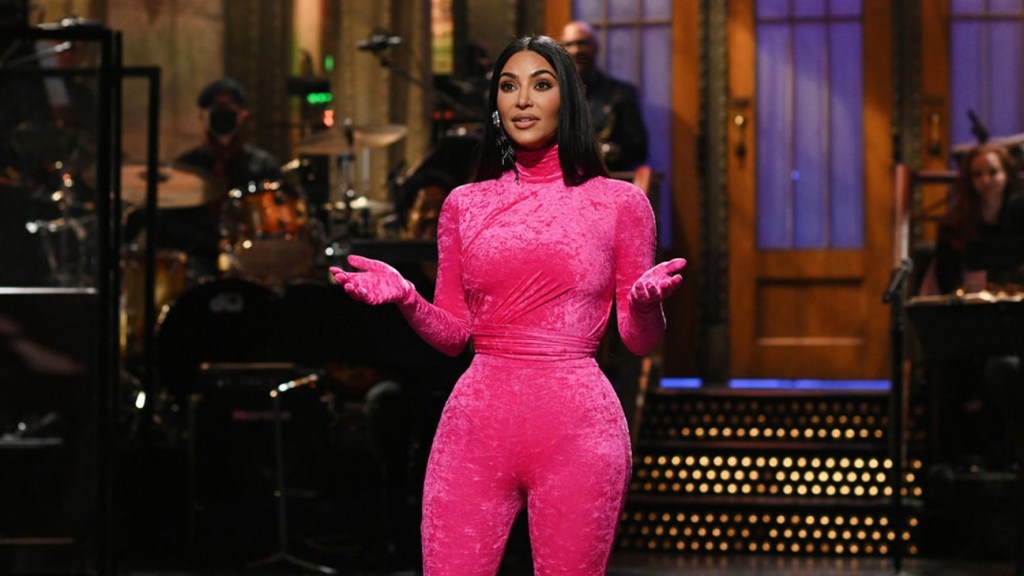 Kim Kardashian had a bit of research to do about boyfriend Pete Davidson’s since-ended day job.

The reality TV star appeared on The Tonight Show on Tuesday, where host Jimmy Fallon asked if she had been nervous ahead of her Saturday Night Live hosting debut that aired Oct. 9, 2021. She and Davidson, who was an SNL castmember for eight seasons before exiting last month, have since been open about their romantic relationship.

“I was nervous for a second because, I have to be honest, I had never seen SNL before,” she said. “I had gone to one taping of Eddie Murphy [in 2019], and I had gone backstage.”

Fallon, himself an SNL alum, appeared stunned, and he silently gestured to himself to imply that she should have watched it to see him.

“I knew what it was — I knew it was so iconic,” she continued. “I gotta be honest: I had no idea you were on.” Kardashian continued, “Even a month after, I was at dinner, and Will Ferrell was sitting right next to me — the show had just aired, when I was on — and he had mentioned he had seen it. And I literally had to text Pete and be like, ‘Wait, was Will Ferrell on SNL?’ And I was so embarrassed.”

The star of Hulu’s The Kardashians went on to clarify that she has since been made aware of all of the longtime NBC sketch series’ well-known alums. She admitted, “I’ve been schooled.”