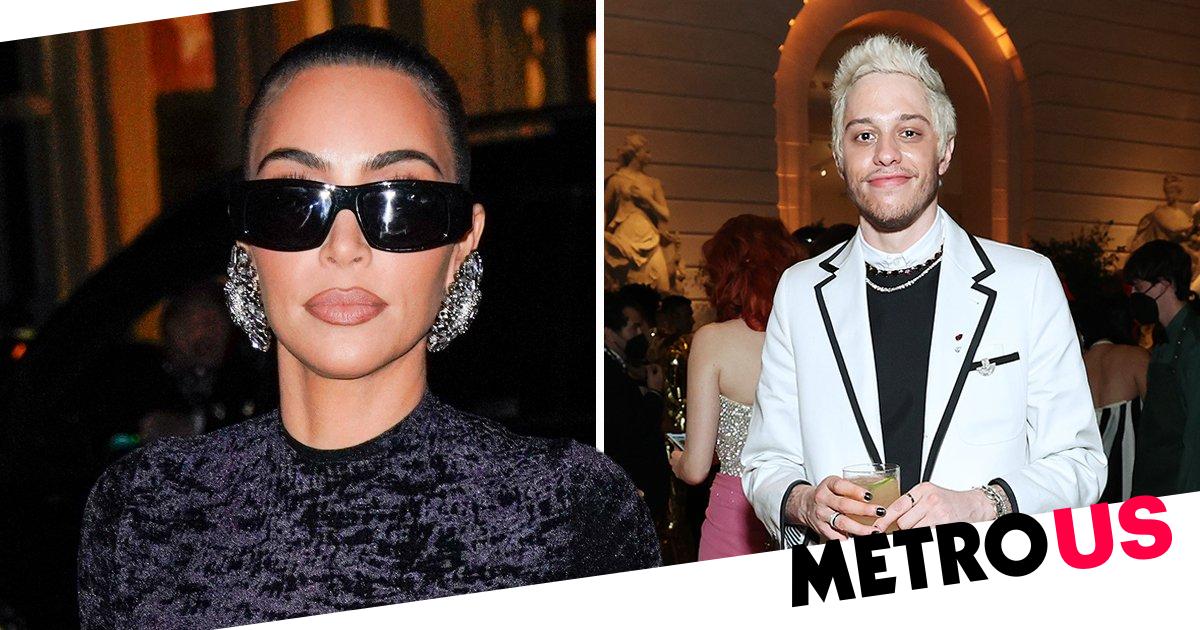 Kim Kardashian and Pete Davidson have taken their blossoming romance overseas as they enjoy a trip to the Bahamas.

The pair, who have been romantically linked for several months now but have yet to confirm a relationship, appear to be going from strength to strength as they spend more time together.

They have been spotted on multiple dates in New York City, and Pete was reported to have attended Kris Jenner’s Christmas party, but the couple has now taken the next step with a romantic holiday abroad.

In photos acquired by Mail Online, Kim, 41, and Pete, 28, can be seen boarding a boat during their romantic getaway to the sun-kissed islands.

Mother-of-four Kim was snapped smiling and brushing her hair out of her eyes as she and the Saturday Night Live comedian sizzled under the January sun.

Dressed all in black, with ripped mom jeans and a daring, plunging tank top showing off her cleavage, Kim looked relaxed and happy with her apparent new beau.

Pete meanwhile wore a huge grin as he walked alongside the reality star beauty, sporting a new close-cropped haircut and sunglasses, along with above-the-knee beige shorts showing off his multitude of tattoos.

Despite the heat, the comedian also opted for a varsity jacket and hoodie, along with a backpack, as he helped Kim board the boat before getting on himself.

He was also wearing – wait for it – socks and sandals. And not just any socks, but socks adorned with Beavis and Butthead. God bless Pete Davidson.

Clearly relaxed in each other’s company, Kim and Pete appeared to notice the cameras on them and flashed big smiles before quickly turning back to each other.

Kim and Pete have been romantically linked since the Skims entrepreneur hosted Saturday Night Live in October 2021.

While neither Kim nor Pete have officially commented on the rumours that they are together, the pair have been spotted holding hands and on breakfast dates, and Pete has even been driving around in Kim’s Rolls Royce.

Kim appears to be blissfully happy in her new romance, but for a time it appeared as though ex-husband Kanye was unwilling to move on.

The Donda rapper, 44, had been publicly pleading for Kim to change her mind on the divorce and for them to get back together.

However, it seems he too has started to look for love again, as he has recently been linked to actor Julia Fox.


MORE : Pete Davidson is now driving around in Kim Kardashian’s custom Rolls Royce and we’re holding onto our seats for this romance