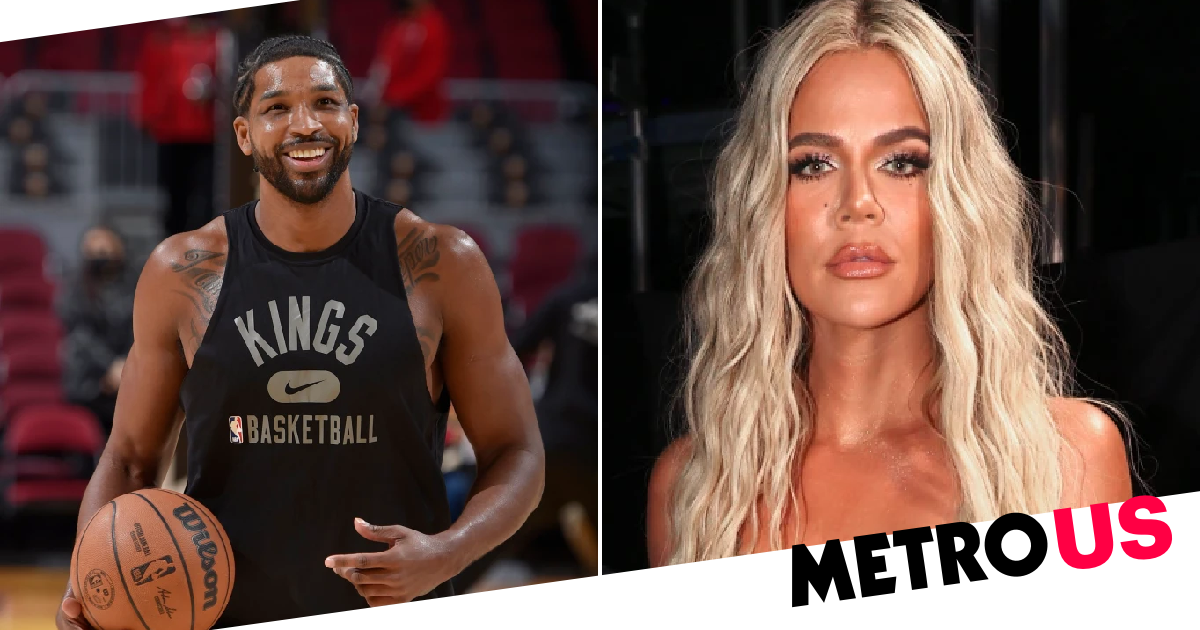 Tristan Thompson has apologised to Khloe Kardashian for repeatedly cheating on her throughout the years and fathering a child with another woman while they were together.

In his grovelling apology, Tristan makes reference to the continued hurt he has put her through while promising he will be involved in the life of his newborn son, whose mother is Maralee Nichols, a personal trainer.

Khloe – who shares daughter True, three, with Tristan – has yet to comment on the apology.

Unfortunately for Khloe, the reality star is well used to making statements or posting cryptic comments on social media after reports of Tristan’s infidelity.

Their relationship has been, to put it lightly, a rollercoaster – here are all the ups and downs, right from the start.

Khloe and Tristan meet on a blind date – August 2016

Khloe and Tristan began their tumultuous romance in 2016 when basketball player Brandon Jennings set them up on a blind date.

Things moved quickly, and by September 2016 they were officially a couple.

However, when they started dating, Tristan’s ex-girlfriend Jordan Craig was six months pregnant with his child. Jordan gave birth to Tristan’s first son, Prince Oliver, on 19 December, with Tristan then spending Christmas with Khloe.

As the couple neared the one-year mark, Khloe told an interview with You magazine she was ‘in the best relationship I’ve ever been in and it doesn’t take a ring for me to feel that way’.

She said that while she ‘believes’ in marriage and would like to be married again one day, she and Tristan were in no rush.

‘Why do people think that marriage equates to happiness? There are a lot of people in unhealthy marriages,’ she remarked.

Khloe announces she and Tristan are expecting a baby – December 2017

In December 2017, Khloe announced she was pregnant in a sweet Instagram post showing Tristan’s hands on her bump.

A caption under the black-and-white snap wrote: ‘My greatest dream realized! We are having a baby! I had been waiting and wondering but God had a plan all along.’

When Khloe and Tristan were just weeks away from welcoming their first child, Khloe posted a heartfelt message to Instagram to celebrate Tristan’s birthday.

In it, she said she ‘knew he was the one very quickly – I have never felt so comfortable or so safe with someone.’

Just days after Khloe’s gushing message for Tristan’s birthday, and with her at home in Cleveland preparing for the arrival of True, Tristan was seen on camera allegedly kissing a woman at a bar in New York; she later said she had no idea Khloe was pregnant.

Another video appeared to show model and strip club worker Lani Blair accompanying the NBA star into a hotel.

At the same time, another video emerged from months earlier showing Tristan making out with two different women at a hookah lounge, when Khloe was around three months pregnant.

The fall-out from Tristan’s infidelity dogged him for the weeks after his daughter’s birth, with fans chanting Khloe’s name at his basketball matches and savaging him on social media.

Khloe’s sister Kim told the Ellen DeGeneres Show the cheating scandal was ‘so f***ed up’, and the pair were found to have unfollowed each other on Instagram shortly after.

However, Khloe appeared to be sticking by her man, with reports the couple had moved back in together and Khloe supporting him at his Cleveland Cavaliers game, despite the new mum hinting their relationship was ‘f***ed up’.

The pair eventually started couple’s therapy, and confirmed they were still together with a post on Instagram of them kissing.

Meanwhile, Tristan introduced True to her half-brother, then-one-year-old Prince, when she was two months old.

Reports emerged in February that Khloe had finally ended things with Tristan 10 months after the videos came to light.

Very shortly after the rumours of his and Khloe’s break-up, Tristan was apparently spotted with Kylie’s friend Jordyn Woods, ‘getting cosy’ at a house party – however Tristan slammed the claims as fake news’.

Khloe, Kim, Malika and others seemingly addressed the rumours with cryptic Instagram posts talking about ‘betrayal’, ‘snakes’ and ‘finding your own man’ after the rumours began, and Khloe later said Jordyn and Tristan were ‘only sorry they got caught’.

Jordyn herself shed a few tears as she apologised to Khloe on Jada Pinkett Smith’s Facebook show Red Table Talk but denied she was a homewrecker.

Weeks after their break-up, Tristan was seen several times with model Karizma Ramirez.

The estranged couple reunited in April 2019 so that True’s father could be present for her birthday.

Photos on Instagram showed True, Khloe and Tristan, along with the wider Kardashian-Jenner family, together at the extravagant party, and everything was all smiles – though Khloe had allegedly warned her family to ‘behave’ beforehand.

Tristan and Khloe rumoured to be getting back together – September 2019

After all that drama and heartbreak, fans were shocked – and a fair bit angry – when Tristan began leaving flirty messages on Khloe’s Instagram months after the pair had seemingly split for good.

Khloe was seen sporting a diamond ring her ex had given her during their relationship, and Tristan supported her at the launch of her new fragrance – however, she rejected a birthday present he tried to give her, making it appear she wasn’t quite ready to forgive too easily.

As we all know, a lot of things got really weird in March 2020 – and for Khloe and Tristan, it meant moving in and quarantining together as the Covid-19 crisis took hold.

During that time, Khloe hinted that she’d like a second baby with Tristan, but not necessarily in a traditional way, once admitting she could even use artificial insemination to give True a sibling.

Meanwhile, as rumours swirled he and Khloe were back together, Tristan began legal action against a woman who claimed he had fathered her child.

After a seriously up-and-down relationship, baby rumours for Khloe and Tristan continued to swirl – which were seemingly confirmed as the reality star revealed she was considering a surrogacy option.

She said she had made three embryos via IVF with Tristan, after doctors told her there could be an ’80-something per cent chance’ she would miscarry if she tried to have another child.

Their relationship was again thrown into turmoil with fresh rumours Tristan had cheated again, this time with Instagram model Sydney Chase, with Khloe again posting cryptic messages on social media speaking about ‘heartaches’.

However, Khloe then moved to Boston with the NBA star, admitting the pandemic ‘forced us to have uncomfortable conversations’ about their future – but shortly afterwards they were reported to have split up.

But (are you dizzy from this rollercoaster yet?) weeks later they were revealed to be trying yet again, being pictured embracing as they spent family time together with daughter True.

Just as Tristan and Khloe appeared to be getting back on track, the rollercoaster was thrown off the rails after personal trainer Maralee Nichols sued him for child support, claiming she was pregnant with his baby.

After first denying the claims, in court records, Tristan admitted to having a sexual relationship with her for months while he was dating Khloe.

January 2022 brought the paternity test results proving he was the child’s father, with Tristan then issuing a grovelling apology to Khloe on Instagram.

He said he would raise his son ‘amicably’ with Maralee, but told Khloe: ‘You don’t deserve the heartache and humiliation my actions have caused you.

‘You don’t deserve the way I have treated you over the years. My actions certainly have not lined up with the way I view you.

‘I have the utmost respect and love for you. Regardless of what you may think. Again, I am so incredibly sorry.’

Khloe has yet to respond to the paternity results or apology.

MORE : Maralee Nichols sets the record straight on her secret relationship with Tristan Thompson: ‘I feel I must defend my character’