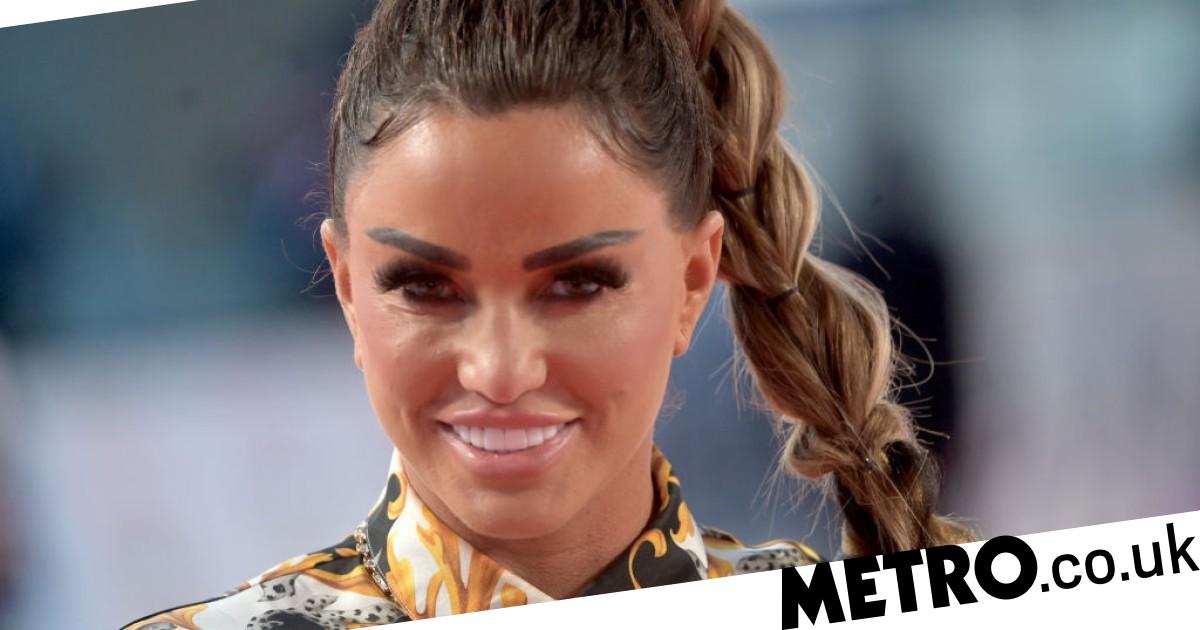 Katie Price has headed to Belgium to undergo her 13th boob job just a week out from her sentencing date after a drink-drive arrest, according to reports.

The My Crazy Life star shared a clip of her travelling in a Porsche alongside fiance Carl Woods this morning, as they both bemoaned their early start on the road, amid claims she was undergoing further cosmetic surgery.

It had earlier been claimed Katie was heading to Turkey for a fresh procedure, all to be filmed for her YouTube channel.

However, according to The Sun, Katie has instead undergone liposuction, had fat removed from her bum, and had a breast lift surgery at the BeClinic in Brussels with her ‘favourite’ surgeon, Dr Frank Plovier, after driving to Europe ‘in secret’ this week.

A source claimed: ‘Katie became convinced she looked “fat” after having the Brazilian Bum Lift in Turkey – she was also concerned that she’d put on weight and the extra weight would make it painful to walk on her broken feet.

‘Her family weren’t happy about the new surgery so close to the court sentencing date, but once Katie has an idea in her head there’s no talking her out of it.

‘But if she is sent to prison by the judge, she’ll be in horrific pain after her lipo – she should be resting, not driving across Europe.’

Katie has been open about her numerous surgeries in the past and has documented previous procedures for her social media platforms.

In August of this year, Katie documented the series of procedures she underwent in Turkey on her Youtube channel, with videos showing doctors working on her mid-surgery, as well as her painful recovery.

It was claimed earlier this week the reality star and model, 43, was unhappy with some of the results of previous work and wanted to return to get it fixed in Turkey.

Katie is due to appear in court on December 15 after being involved in a drink-driving collision in September.

The My Crazy Life star was rushed to hospital but didn’t sustain any serious injuries.

In September, Katie pleaded guilty to drink driving, driving while disqualified and driving without insurance, following a single-vehicle collision that saw the star arrested on suspicion of driving while above the legal limit for alcohol and drugs.

In a teaser for an upcoming YouTube video, Katie said that she could have killed herself or someone else in the crash.

In the video first shared on Katie’s Instagram stories, as per the Mirror, the star said: ‘I got in my car. Had a collision. I regret it. I’ve upset people around me, and I have upset myself.

Following the crash, it emerged Katie had a positive swipe for cocaine, leading to the mother-of-five entering the rehab facility The Priory.

Katie is due to be sentenced on December 15, having had her sentence deferred so she could access treatment.

She has since left The Priory and a statement from her family said the star was taking ‘full responsibility’ for the incident.

A statement read: ‘Kate acknowledges and takes full responsibility for her actions. She knows they were wrong and apologises.

‘Kate is deeply loved and she loves her family.

‘We are all there for her right now – and her children, who she loves dearly, are giving her strength as a mum.’