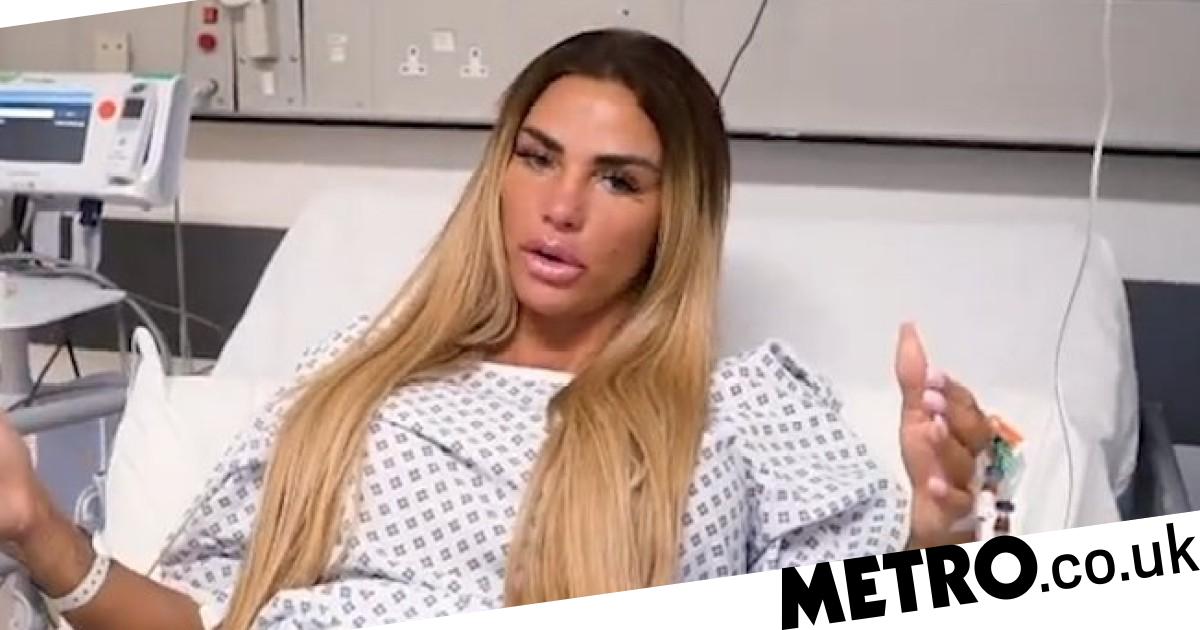 Katie Price was in hospital today and shared a cryptic photo on social media from her visit.

The My Crazy Life star, 43, sparked concern after she posted a picture of a hallway at the hospital to her Instagram stories on Monday.

At the end of the empty corridor was a set of doors leading to the Plaster Room. Katie didn’t caption the photo but soundtracked the post with Eminem’s 2002 song Without Me.

She selected the lyrics: ‘Guess who’s back, back again. Shady’s back, tell a friend.’

It’s not known if it is related but Katie’s hospital visit comes 15 months after she broke both feet during a fall while on holiday in Turkey.

In August 2020, the former glamour model fell from a concrete wall causing her to require surgery on both feet, which were later cast in plaster. Katie had to undergo an eight-hour operation to fuse her feet back together and was unable to walk for several weeks.

She still suffers with problems today and previously said she would be disabled for life.

Speaking to The Sun in February, Katie explained: ‘I will never be the same, I’ve had to accept that, but I’m staying positive. The accident has changed my life and it’s only just sunk in if I’m honest.

‘I’ve got a limp when I walk now as one leg is longer than the other because of all the metal in the foot — I waddle like a duck. It does make me feel a bit paranoid.’

The mum-of-five, who feared she wouldn’t be able to walk again after the fall, went on to add that she was seeking ‘legal advice’.

She explained that she ‘can’t get rid of the constant pain’ and once she sits down she struggles to get up again because of how much it hurts.

Metro.co.uk has reached out to Katie’s reps for comment.


MORE : I’m A Celebrity 2021: Katie Price slammed by fans for branding cast ‘nobodies’ as they urge her to ‘be kind’