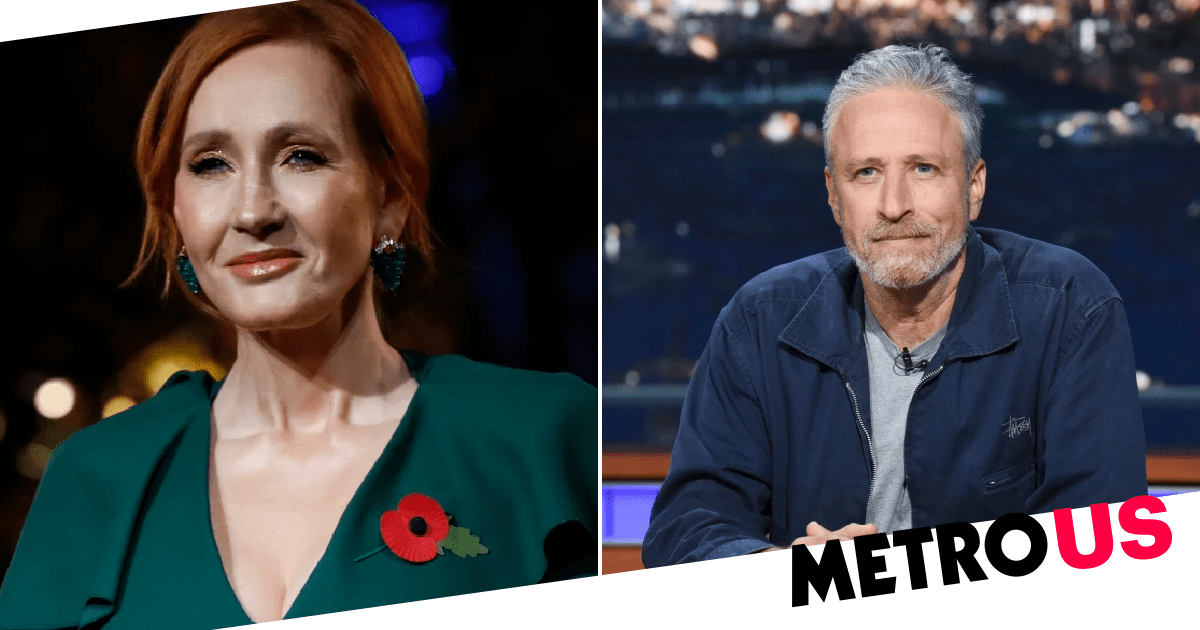 Jon Stewart has hit back at claims he accused JK Rowling of anti-Semitism after comments about the Harry Potter movies.

The former US talk show host discussed his perception of ‘anti-Semitic’ imagery in the first film, Harry Potter and the Philosopher’s Stone, on his podcast and said the Gringotts bank was run by ‘Jews’.

After his comments gathered traction, Stewart set the record straight on Twitter and denied accusing Rowling on anti-Semitism.

In a video, the comedian explained: ‘There is no reasonable person that could have watched it and not seen it as a light-hearted conversation amongst colleagues and chums.

‘Having a laugh, enjoying ourselves about Harry Potter and my experience watching for the first time in the theatre as Jewish guy and how some tropes are so embedded in society that they’re basically invisible even in a considered process like movie-making.’

He continued: ‘So let me just say this super clearly, as clearly as I can. Hello, my name is Jon Stewart. I do not think JK Rowling is antisemitic.

‘I do not think the Harry Potter movies are antisemitic.

‘I really love the Harry Potter movies, probably too much for a gentleman of my considerable age.’

The presenter added: ‘I cannot stress this enough – I am not accusing JK Rowling of being antisemitic. She need not answer to any of it.

‘I don’t want the Harry Potter movies censored in any way. It was a light-hearted conversation.’

During his podcast episode, Stewart said it was ‘so weird’ that people had not reacted to the ‘Jews’ running the underground wizarding bank Gringotts – which is actually run by goblins.

‘Do you know what those folks who run the bank are? Jews!

Let me show this – it’s the protocols of the Elders of Zion, I just want to show you a caricature, and they’re like, “Oh, that’s from ‘Harry Potter”.

‘And you’re like, “No, that’s a caricature of a Jew from an anti-Semitic piece of literature”.

‘JK Rowling was like, “Can we get these guys to run our bank?”

‘It’s a wizarding world…we can ride dragons, you can have a pet owl… but who should run the bank? Jews.’

Stewart’s comments came as Rowling continues to face backlash for her views on transgender rights.

MORE : Denise Welch ‘glad’ she broke Covid rules to visit sick dad before death as she calls for end to ‘propping up NHS’