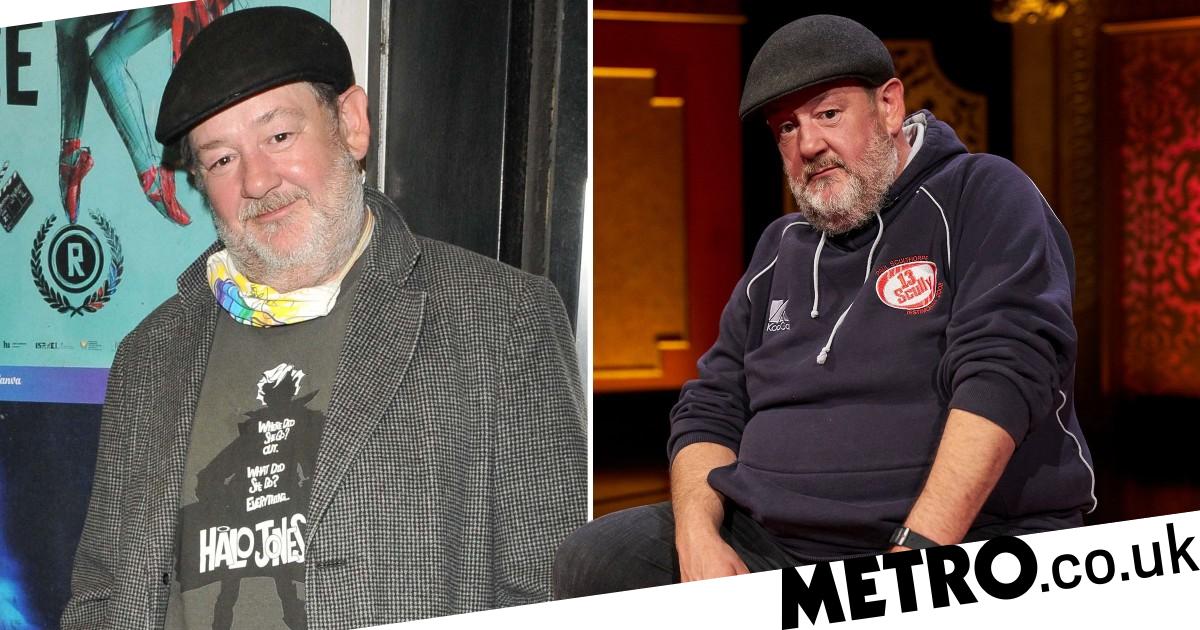 Johnny Vegas has sent a heartfelt message on social media to a friend with cancer.

The comic, 51, responded to a tweet from fellow comedian Janey Godley, 60, after she shared with her followers that she will be cancelling upcoming tour dates.

Accompanying a selfie from her hospital bed, she announced that the remaining shows cannot go ahead after she was taken to hospital.

She wrote: ‘Sorry but my last weekend of the tour can’t go ahead in Edinburgh and Musselburgh as I am in hospital with ovarian cancer – look after each other,’ followed by the hashtag #MentalHealthMatters.

Johnny was quick to send an affectionate message of support to his pal, responding: ‘Hey Darlin’, please come through this. As an idiot living in Glasgow all those years back you took me under your wing and you’ve been minding me ever since.’

He signed off: ‘I love, love, love ya. Take care my lovely you x’

The two then exchanged sweet messages as Jane replied: ‘Love you brother.’

Johnny wrote back: ‘Love you. I really do. I love you like signing on at Maryhill,’ to which Janey laughed, ‘Hahhaha those were the days.’

Janey has since been discharged from hospital and thanked fans for their support and well wishes.

After sharing her diagnosis with the world on Friday, she is expected to start treatment on Wednesday.

‘This is some love going out to everyone faced with a terrifying diagnosis – can’t thank the NHS in Glasgow enough for their kindness,’ she tweeted.

Nicola Sturgeon was among those sending love and strength her thoughts and strength to Janey following her announcement.

Meanwhile, Johnny is set to play a leading role in a new film, written by Merseyside author Caroline Smailes.

The Drowning of Arthur Braxton tells the story of a bullied schoolboy who encounters his first love when he discovers a beautiful water nymph hiding in an abandoned Victorian swimming pool.

Johnny described his experience on set as ‘absolutely fantastic.’

If you or someone you care about has been diagnosed with cancer, Macmillan can offer support and information.


MORE : Great British Bake Off: Jürgen thanks Noel Fielding and Matt Lucas for ‘helping him on his mission’ in emotional message