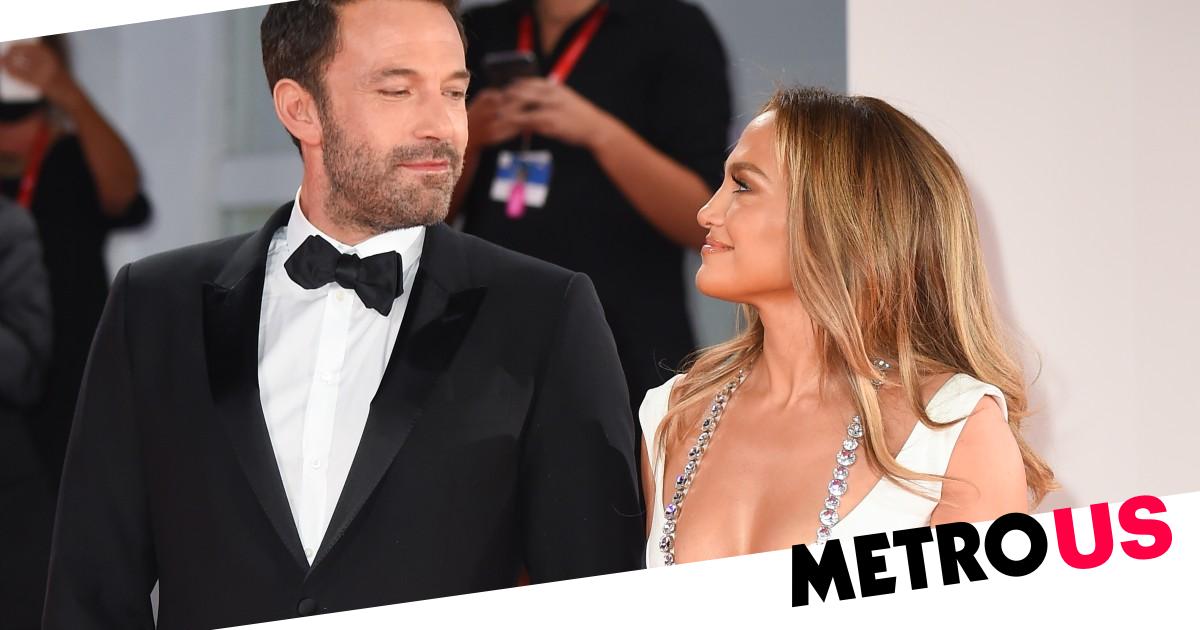 Jennifer Lopez and Ben Affleck reportedly spent Thanksgiving together as a couple this year after reuniting.

The pair have been completely loved up and it seems that’s only going to continue, as a source revealed that the singer feels it’s ‘meant to be’.

According to People, the couple spent the holiday in Los Angeles after JLo flew in from Vancouver following the filming of her Netflix flick The Mother.

A source told the outlet: ‘They are doing really well. Jennifer loves being with Ben.’

We love to see it!

Jennifer was spotted spending some time with her twins, 13-year-old Max and Emme, as she touched down in LA this week.

The singer and film star, 52, looked chic and stylish in a brown fur coat, which surely kept her warm, as she chatted with the teens.

The sighting came just two days after the Hustlers star was pictured with beau Ben, 49, in the City of Angels.

Bennifer first dated in 2002 after meeting on the set of Gigli, and then got engaged in November of that year.

Days before they were set to get married in 2003, the couple called off the wedding due to excessive media attention, and they split up in January 2004.

After speculation swirled this summer following JLo’s split from Alex Rodriguez, Jen and Ben made their red carpet debut as a couple, at Venice Film Festival.

It truly was a moment.

While the original Bennifer wedding never happened, Jennifer has also made it clear that she’s open to marriage again.

The Marry Me star – who was previously wed to Ojani Noa, Cris Judd and Marc Anthony – explained in a new interview that she will always believe in ‘happily ever after’.

Asked if she would marry again, she told Today: ‘I don’t know, yeah, I guess. You know me, I’m a romantic. I always have been. I’ve been married a few times. Yeah, I still believe in happily ever after, for sure, 100 percent.’

Since they initially dated, the pair have both had children from other relationships – JLo shares the twins with Marc Anthony.

Metro.co.uk has contacted reps for Jennifer Lopez and Ben Affleck for comment.


MORE : Jennifer Lopez prepares to spend Thanksgiving with her twins after touching down in LA with Ben Affleck