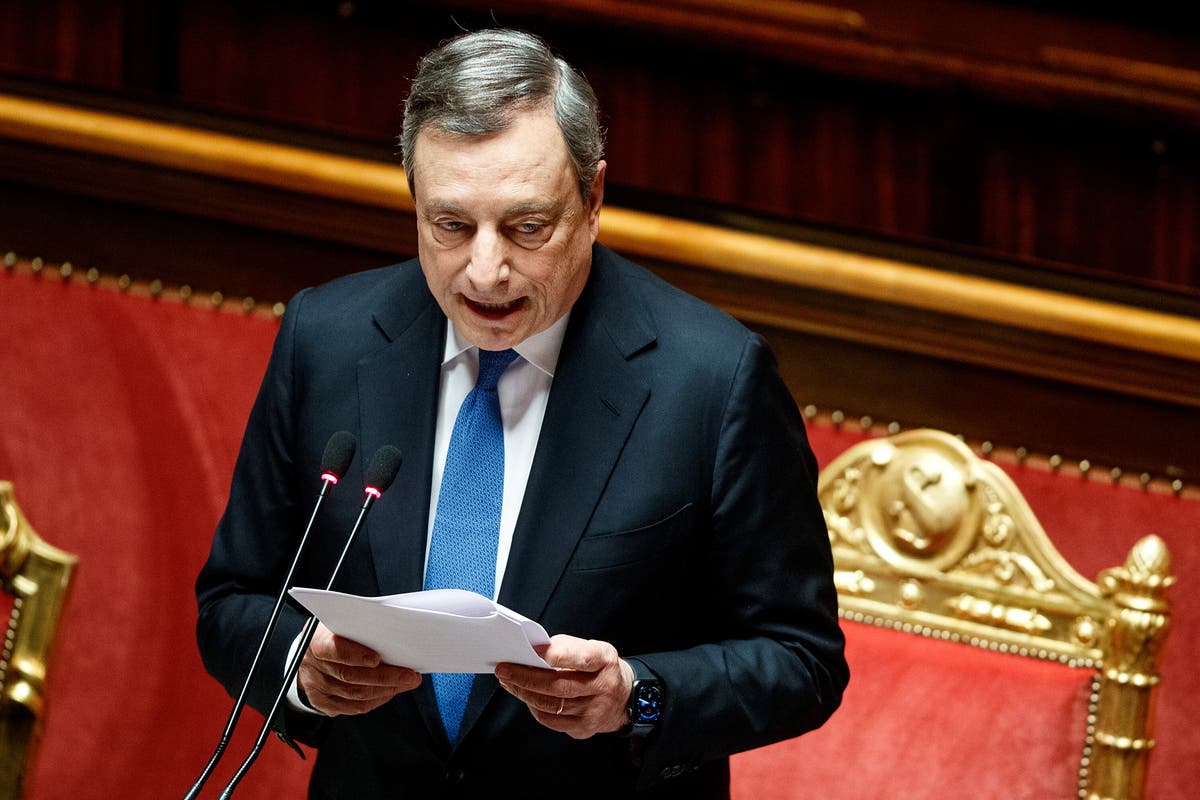 Draghi outlined Italy’s Ukraine policy, and briefed senators on his recent visit to Kyiv alongside the French and German leaders, ahead of the European Council later this week. While providing no new information on the weaponry Italy had sent, Draghi thanked senators for their “united” support for the government line.

The 5-Star leader, former Premier Giuseppe Conte, has openly called for Italy to stop sending weapons to Ukraine, and the movement as a whole has demanded more parliamentary say in crafting the government policy.

The criticism has created tensions within Draghi’s broad-based coalition, of which the 5-Stars are a part, but the government’s stability hasn’t been in question.

On the contrary, the debate has only served to highlight divisions within the 5-Stars themselves, given that their most prominent member in government, Foreign Minister Luigi Di Maio, has openly criticized his own party for its Ukraine position.

Italian news reports said Di Maio was considering leaving the movement, which would deal it yet another credibility blow after a series of poor showings in recent local and administrative elections.

The 5-Stars began as an anti-establishment movement and was the biggest vote-getter in 2018 parliamentary elections. But it has seen its popularity plummet in the years since, as it sought to remain in power by forming coalitions with the right, the left and now with Draghi’s alliance, alienating many in its base.