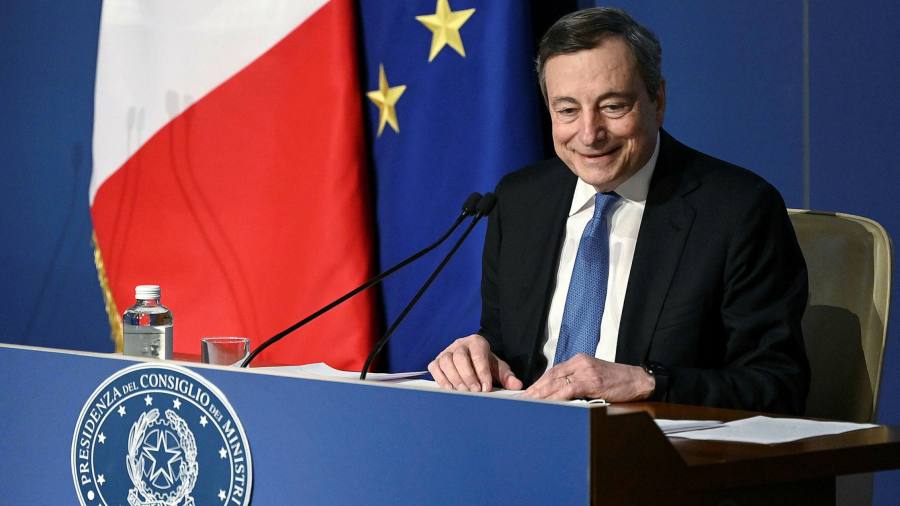 Italy’s parliament will convene on January 24 to start voting for the country’s next president, in an election that could herald the end of the national unity government and unsettle investors betting on a continued economic recovery.

Roberto Fico, the Speaker of the lower house of parliament, summoned lawmakers from both chambers of parliament and representatives of Italy’s regions to take part in voting, which could extend over several days.

Mario Draghi, Italy’s prime minister, unsettled lawmakers before Christmas when he signalled he was willing to be nominated as president. His potential resignation as premier could trigger elections, which would risk delaying structural reforms and investments linked to the EU’s pandemic recovery fund.

Many lawmakers and international investors would prefer the former European Central Bank president to remain as PM until elections that are due in 2023, to complete structural reforms and amid uncertainty in the country over the Omicron coronavirus variant.

Many MPs will also lose their jobs in the next election, after Italians voted in a 2019 referendum to cut the number of parliamentary seats by more than a third.

Draghi is seen as a unifying figure for the unwieldy ruling coalition, which includes the centre-left Democratic party (PD), far-right League, populist Five Star and liberal Forza Italia, as well as small leftwing and centrist parties.

Enrico Letta, leader of the PD, warned that if the governing coalition could not agree on a cross-party presidential candidate, a government crisis would follow.

The first choice of the centre-right coalition parties, as well as the opposition Brothers of Italy, is former prime minister Silvio Berlusconi, who has made clear he is willing to take on the presidency. However, he would not be expected to receive support from Five Star or the PD.

Five Star said it would consider a woman such as Senate Speaker Maria Elisabetta Alberti Casellati or justice minister Marta Cartabia. Former prime minister Giuliano Amato has also been suggested as a candidate.

The presidential election is conducted by secret ballot among more than 1,000 MPs and regional representatives and is often unpredictable. Each voter writes their preferred candidate on a piece of paper and cast their ballot. For the first three rounds of voting, a two-thirds majority is required. Subsequently an absolute majority is required.

President Sergio Mattarella, 80, whose seven-year term ends early next month, has made clear repeatedly that he is not seeking re-election.

Italy’s president’s formal powers include appointing the prime minister and other members of the government. The head of state also plays a big, behind-the-scenes role in ensuring stability and respect for Italy’s EU and international obligations.