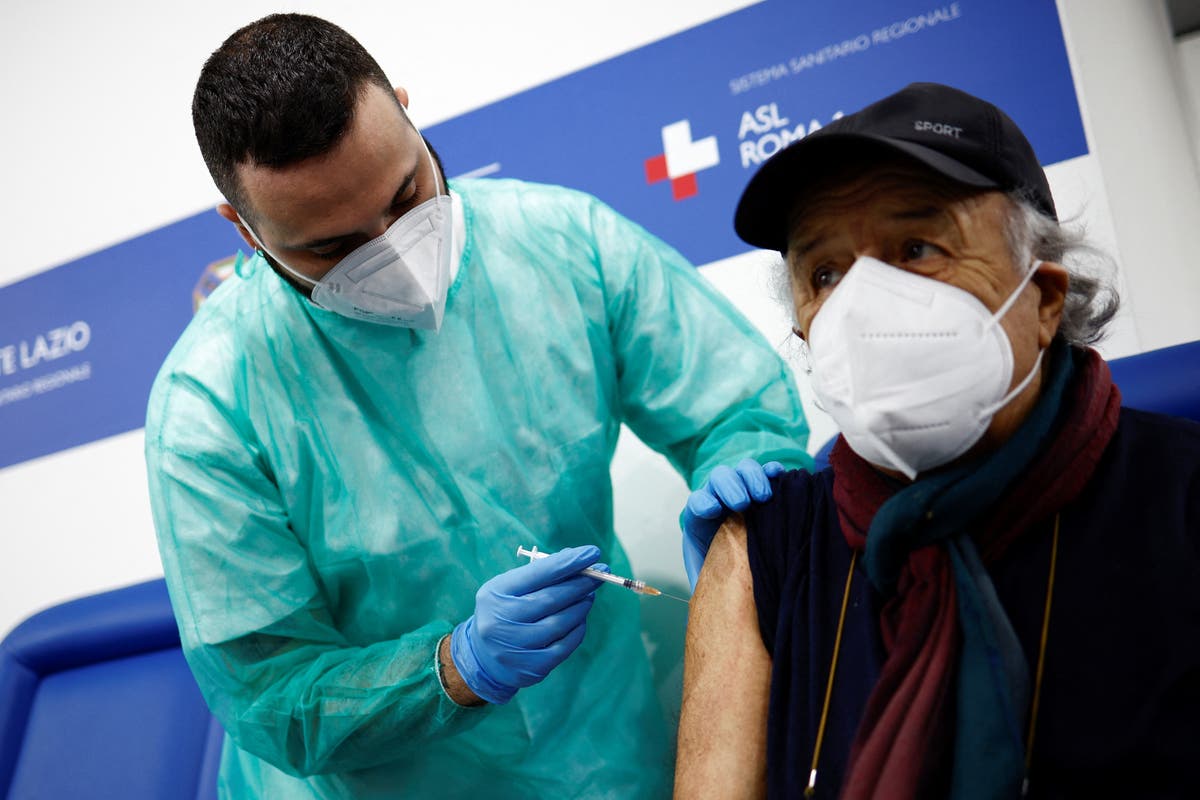 Italy on Wednesday made Covid-19 vaccination mandatory for people from the age of 50, one of very few European countries to take a similar steps, in an attempt to ease pressure on its health service and reduce fatalities.

The measure is immediately effective and will run until 15 June.

Italy has registered more than 138,000 coronavirus deaths since its outbreak emerged in February 2020, the second highest toll in Europe after Britain.

Prime Minister Mario Draghi’s government had already made vaccination mandatory for teachers and health workers, and since October last year all employees have had to be vaccinated or show a negative test before entering the workplace.

Refusal results in suspension from work without pay, but not dismissal.

Wednesday’s decree toughens this up for workers over the age of 50 by removing the option of taking a test rather than vaccination. It was not immediately clear what the sanction would be for those flouting the rule, effective from 15 February.

The decree was approved after a two-and-a-half-hour cabinet meeting which saw frictions within Mr Draghi’s multi-party coalition.

“Today’s measures aim to keep our hospitals functioning well and at the same time keep open schools and business activities,” Mr Draghi told the cabinet, according to his spokesperson.

Ministers from the right-wing League issued a statement distancing themselves from the over-50 vaccine rule, calling it “without scientific foundation, considering that the absolute majority of those hospitalised with Covid are well over 60”.

The League succeeded in softening a previous draft of the decree which proposed that only people with proof of vaccination or recent infection could enter public offices, non-essential shops, banks, post-offices and hairdressers.

The final decree ruled that these venues will remain open to the unvaccinated so long as they can show a negative test.

Elsewhere in Europe, Austria has announced plans to make vaccination mandatory for those over 14 years old from next month, while in Greece it will be compulsory for over-60s from 16 January.

Italy was hit later than several northern European countries by the highly contagious Omicron variant, but its case load has risen steadily in recent weeks, with growing pressure on hospitals and intensive care units.

It has seen an average of more than 150 deaths per day over the last two weeks, with 231 fatalities on Wednesday and 259 on Tuesday. The tally of 189,109 new infections on Wednesday was its highest since the start of the pandemic.