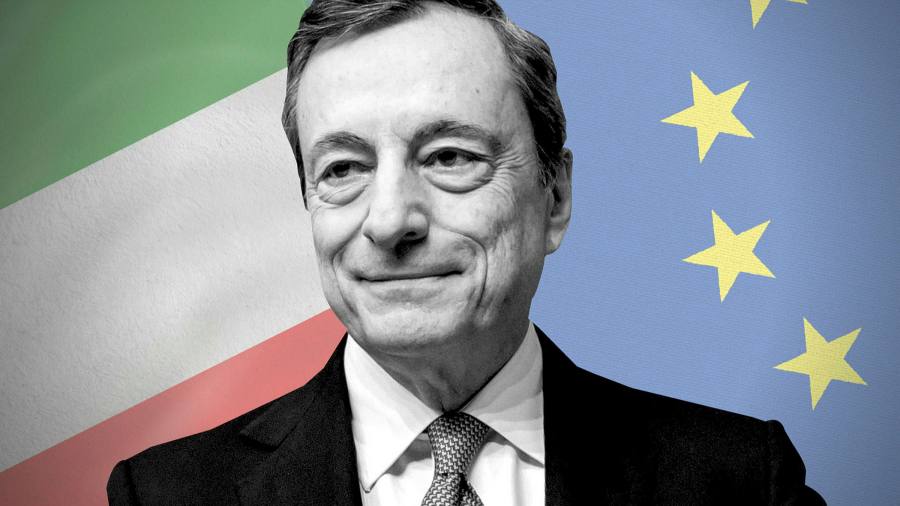 Your essential guide to what matters in Europe today. Delivered every weekday.

In 2018, Italy elected the most openly anti-EU parliament in the country’s history. A coalition between two rabble-rousing populist parties threatened to lay siege to Italy’s institutions and disregard Brussels’ fiscal rules. Financial markets trembled and Italy’s European allies looked on with concern.

Three years on, however, the formation of a new government of national unity led by Mario Draghi has upended Italian politics. While the composition of the 2018 parliament remains the same, the country’s once determinedly Eurosceptic parties are now barely recognisable.

A little over a month after Draghi, a former president of the European Central Bank, was sworn in as prime minister, the League party of Matteo Salvini has jettisoned its Euroscepticism.

Meanwhile Five Star, a previously anti-euro grouping that enraged French president Emmanuel Macron in 2019 when a senior party figure met a group of gilets jaunes activists near Paris, has chosen the centrist former prime minister Giuseppe Conte as its leader in waiting.

And the centre-left Democratic party (PD), always staunchly pro-European, has selected another former premier, Enrico Letta, as its leader. His return from exile working as an academic in Paris represents a decision by the PD to choose experience and reliability rather than pivot towards a more radical programme and younger, fresher leadership.

Salvini is a former interior minister, leaving just Giorgia Meloni’s rightwing Brothers of Italy as the only major party with a leader who has not held one of the highest offices of state.

Five Star, according to insiders, is breaking decisively with its earlier radicalism, and is likely to re-emerge as something resembling a mainstream European green party with a focus on Italy’s poorer south.

“The Movement is in a two-week radio silence, no one is allowed to speak,” said one Five Star MP. “It is a clear sign that we are waiting for the stars to realign in Italian politics before deciding on a course of action.”

“There is movement in the other parties, especially in the PD, and it’s becoming increasingly clear that things are changing on the political spectrum.”

For some, the apparently sudden realignment of Italian politics is a reflection of changes elsewhere. The defeat of Donald Trump in November’s US election left some on the Italian right asking if there was a long-term future in the bombastic Trumpian social media rants that fuelled Salvini’s rise four years ago.

“We have seen that extremism leads nowhere if you want to build something,” said Elena Pavan, a League mayor in the Veneto region.

“Politics is looking for answers to concrete problems like never before, and I believe that all parties have chosen a sense of responsibility in entrusting themselves to Draghi,” she added.

Alessandro Zan, a PD MP, also credits the departure of Trump from the international stage, as well as the impact of the Covid-19 crisis, with forcing all parties to reappraise their stance towards the EU.

One of the Draghi government’s main tasks will be to spend more than €200bn from Brussels’ post-pandemic recovery fund, an initiative that has won over even hardened Eurosceptics in Italy.

“The great shock caused by the pandemic gave rise to a very strong European collegiality that until a few years ago was not seen, or did not exist at all,” Zan said.

But while peace has broken out for now, there are already signs that hostilities will be resumed the closer the country comes to elections.

In Letta’s first comments on being appointed PD leader on Sunday, he raised the prospect of reforming Italy’s citizenship rules, earning a swift response from Salvini.

“If he talks about it, it means that he wants to bring down this government,” Salvini said. “Only someone who comes from Paris, or Mars . . . is concerned with giving citizenship to immigrants.”

For the time being, however, the normally fractious world of Italian politics is experiencing an uneasy ceasefire.