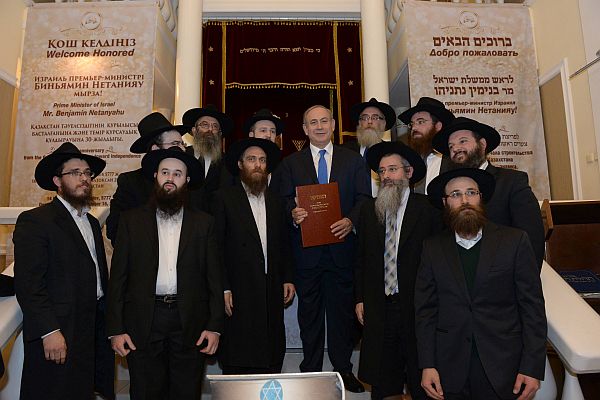 Israel’s Foreign Ministry has issued a travel warning on Kazakhstan, where the government has resigned in the face of nationwide violent anti-government riots triggered by rising fuel prices.

Israelis were warned Thursday to “exercise caution and avoid unnecessary visits” to the country.

Dozens of police officers and protesters have been killed as demonstrators attempt to storm government buildings in the worst street violence since the country became independent 30 years ago.

At least 60 people are hospitalized in intensive care units and at least 748 others have been injured in the city of Almaty, according to reports by the Russian news agencies Interfax and RIA Novosti.

In addition, 2,298 people have been detained, the Kazakh Foreign Ministry said.

Israel and Kazakhstan have maintained close ties in the defense and intelligence sectors; in addition Kazakh farmers, managers and scientists have trained in the Jewish State.

Then-Prime Minister Benjamin Netanyahu visited the country in December 2016 – the first such visit by an Israeli head of state – and attended a Kazakh-Israeli business forum in Astana, the capital.

The country’s first synagogue was opened in 2001 by Chabad Lubavitch alone with a Jewish community center that included a Jewish day school and summer camps for Jewish children. The Beit Rachel synagogue in Astana opened in 2004, and is the largest such synagogue in central Asia.