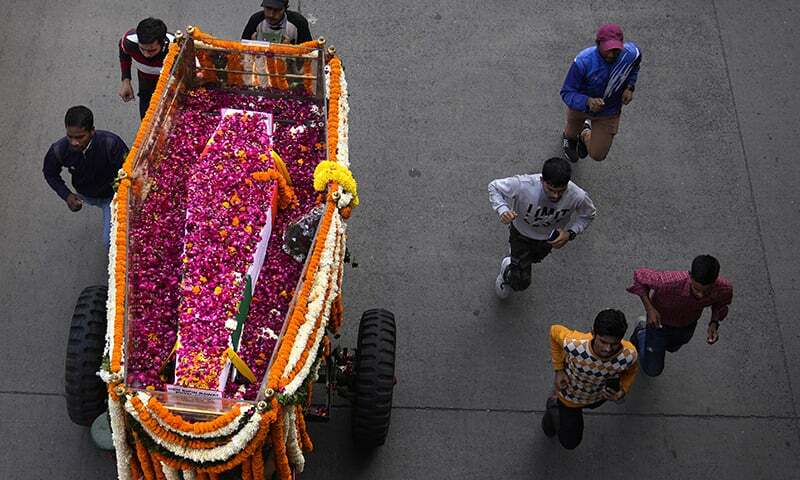 The flag-wrapped coffin of India’s defence chief was towed through the streets of New Delhi on a gun carriage draped with flower garlands before he was cremated on Friday.

General Bipin Rawat, 63, was killed along with his wife and 11 military personnel when their helicopter crashed on Wednesday.

He and his wife were cremated together on the same pyre, with a 17-gun salute fired as their daughters set it alight.

Rawat was India’s first chief of defence staff, a position created for him, and an outspoken, polarising and popular officer, seen as close to Prime Minister Narendra Modi.

India accorded him full military honours for his funeral, with the gun carriage bearing his remains towed by an armoured vehicle and escorted by lines of security personnel.

Locals lined the route waving the Indian flag and chanting “Hail Mother India” or “Rawat will remain as long as there is a sun and a moon.”

The procession and ceremony were broadcast live by multiple television channels with anchors calling Rawat “a true soldier” receiving the “final salute”.

India’s air force said Friday it had opened a tri-service inquiry into the crash near a military staff college in the southern state of Tamil Nadu. There was only one survivor.

“The inquiry would be completed expeditiously & facts brought out,” the air force tweeted.