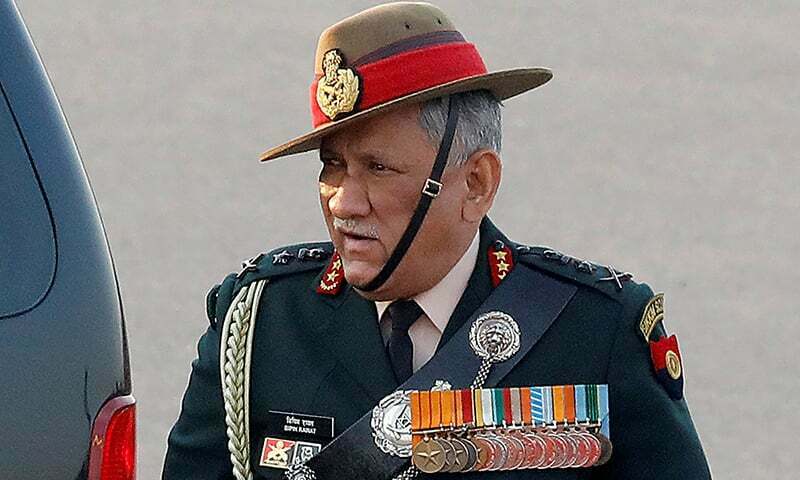 India’s Chief of Defence Staff (CDS) General Bipin Rawat died in a helicopter crash in the southern state of Tamil Nadu on Wednesday, the air force said. The reason for the crash was not immediately known.

Gen Rawat was India’s first chief of defence staff, a position that the government established in 2019, and was seen as close to Prime Minister Narendra Modi.

The 63-year-old was travelling with his wife and other senior officers in the Russian-made Mi-17 chopper, which crashed near its destination in Tamil Nadu.

“Gen Bipin Rawat was on a visit to Defence Services Staff College, Wellington (Nilgiri Hills) to address the faculty and student officers of the staff course today,” the Indian Air Force (IAF) said on Twitter.

“Around noon, an IAF Mi-17 V5 helicopter with a crew of four members carrying the CDS and nine other passengers met with a tragic accident near Coonoor, Tamil Nadu,” the statement said.

The IAF said that it had been ascertained that Gen Rawat, his wife Madhulika Rawat and 11 other persons on board had died in the accident.

Footage from the scene showed a crowd of people trying to extinguish the fiery wreck with water buckets while a group of soldiers carried one of the passengers away on an improvised stretcher.

The chopper was already making its descent at the time of the crash. It came down around 10 kilometres from the nearest main road, forcing emergency workers to trek to the accident site, a fire official was quoted as saying by AFP.

Meanwhile, Modi said he was deeply saddened by Gen Rawat’s death. “A true patriot, he greatly contributed to modernising our armed forces and security apparatus,” the prime minister said.

Indian foreign minister Subrahmanyam Jaishankar said he was “deeply shocked” by the accident and Gen Rawat’s death. “We worked closely together in the last few years. It is a huge loss to the nation,” he said.

Earlier today, the air force had confirmed that the helicopter carrying the Indian defence chief had met with an accident near Coonoor and said an inquiry was underway to ascertain the cause of the incident. Media reports said the chopper took off from Sulur Air Force Station on Wednesday afternoon.

Tamil Nadu Chief Minister M.K. Stalin said he was “deeply shocked and disheartened” after hearing about the crash. “I’ve instructed the local administration to provide all the help needed in rescue operations even as I’m rushing to the spot,” he tweeted.

The Mi-17 helicopter, which first entered service in the 1970s and is in wide use by defence services around the world, has been involved in a number of accidents over the years.

Fourteen people died in a crash last month when an Azerbaijani military Mi-17 chopper went down during a training flight.

In 2019, four Indonesian soldiers were killed and five others wounded in central Java in another training accident involving the aircraft.

Who was Gen Rawat?

CDS General Bipin Rawat was the highest-serving official in the Indian armed forces, who was appointed to the newly created post of CDS, a day before he was set to retire as the army chief on December 31, 2019. As part of his new assignment, Gen Rawat was heading the new Department of Military Affairs in the Defence Ministry.

In Dec 2015, the Modi government had appointed Gen Rawat as the army chief by superseding two senior officers.

Rawat came from a military family with several generations having served in the Indian armed forces.

The general joined the army as a second lieutenant in 1978 and had four decades of service behind him, having commanded forces in Indian-occupied Kashmir and along the Line of Actual Control bordering China.

He is credited with reducing insurgency on India’s northeastern frontier and supervised a cross-border counter-insurgency operation into neighbouring Myanmar.

Rawat was considered close to the Modi government and turned heads last month when he reportedly made an approving reference to “lynching terrorists” in occupied Kashmir.