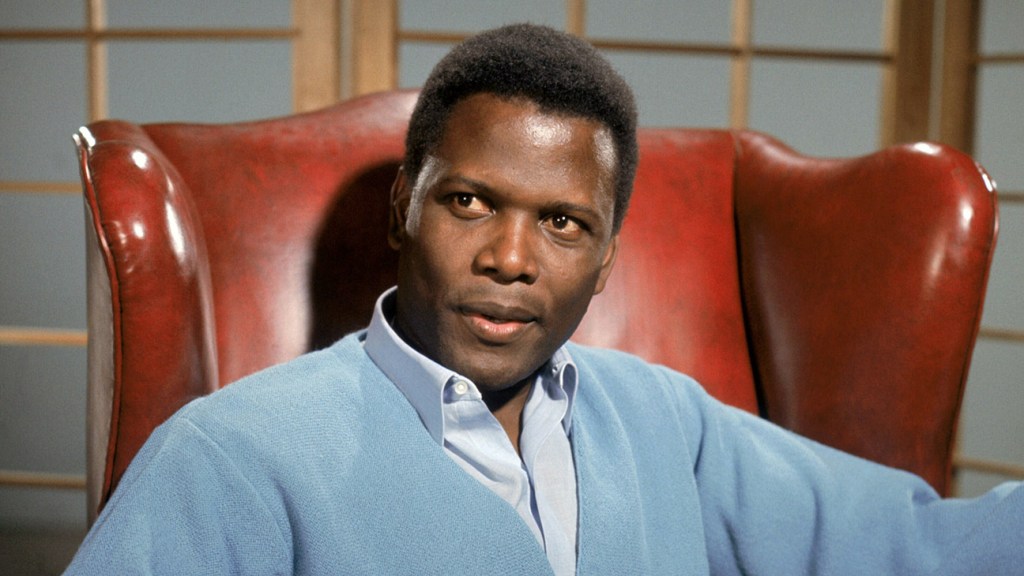 Sidney Poitier, the noble leading man whose work in such films as No Way Out, Lillies of the Field and In the Heat of the Night paved the way for minority actors and actresses everywhere, has died. He was 94.

His death was confirmed Friday by the press secretary for the Bahamas’ deputy prime minister.

Poitier was the first Black man to win an Academy Award for best actor when he was acknowledged for his portrayal of a good-hearted nuns handyman in Lillies of the Field (1963).

He received an earlier best actor nomination for his turn as a convict on the run in The Defiant Ones (1958).

In 2002, he received an honorary Oscar from the Academy “for his extraordinary performances and unique presence on the screen and for representing the motion picture industry with dignity, style and intelligence throughout the world.”

Poitier was the first actor to star in mainstream Hollywood movies that depicted a Black man in a non-stereotypical fashion, and his influence, especially during the 1950s and ’60s as role model and image-maker, was immeasurable.

His deliberate and lilting voice contained grace and mesmeric manner made him one of the most beloved stars in Hollywood history.

Poitier also was the first African American to become the nation’s top box-office draw, attaining that distinction in 1967 when he starred in three memorable films: To Sir, With Love, as a teacher in London; In the Heat of the Night, as Philadelphia Det. Virgil Tibbs; and Guess Who’s Coming to Dinner, as the fiance of a white woman. All were benchmark performances.

“I made films when the only other Black on the lot was the shoeshine boy — as was the case at Metro. I was the lone guy in town,” he told Newsweek in 1988.

Since his big-screen debut as an extra in 1947, Poitier appeared in more than 40 films, including Blackboard Jungle (1955) and the landmark A Raisin in the Sun (1961).

In 1969, Poitier teamed with Paul Newman and Barbra Streisand (later joined by Steve McQueen and Dustin Hoffman) to launch the independent production company First Artists and broadened his talents to include writing and directing.

He guided Richard Pryor and Gene Wilder in the box-office hit Stir Crazy (1980) and directed other films like the comedy Hanky Panky (1982) and the musical Fast Forward (1985).

Poitier was born in Miami on Feb. 20, 1927. His parents traveled back and forth from Cat Island in the Bahamas to Miami, where they sold tomatoes from their small farm. A complication in his mother’s pregnancy forced her to enter a hospital, where she delivered Poitier prematurely.

As a child, Poitier had just two years of formal schooling. Around age 11, he became fascinated with movies and while a teenager left for New York City, determined to be an actor. Arriving with virtually no money, he worked such odds jobs as porter, busboy and chicken plucker while living in bus terminals, lavatory booths and on rooftops overlooking Broadway.

After a stint in the Army and while working as a dishwasher, Poitier answered a want-ad placed by the American Negro Theater looking for actors. He auditioned, but his performance, marred by his thick accent, did not win him a spot.

He began listening to the radio to perfect his English and auditioned again — and was turned down once more — but he convinced the company to hire him as a janitor. He made his way to understudy and became friends with a classmate, Harry Belafonte.

Gradually, Poitier won acceptance and was rewarded in 1946 with a small part on Broadway in an all-Black production of Lysistrata. He continued to perform minor roles until writer-director Joseph L. Mankiewicz offered him $750 a week to play a big part in the influential film No Way Out (1950).

In what was the first major movie to feature a Black actor in the role of an intelligent professional, Poitier plays a young doctor just starting out who is confronted by a racist patient (Richard Widmark).

His strong turn won him a role as a South African clergyman in Cry, the Beloved Country (1952), and he went on to break through as one of the rebellious high school students in Richard Brooks’ Blackboard Jungle, a searing look at inner-city education.

Poitier further distinguished himself in Edge of the City (1957) opposite John Cassavetes in a rare movie about an interracial friendship, and he starred again for Brooks in Something of Value (1957), in which he played a Kenyan. Now critics were trumpeting him as a deserving Oscar nominee.

The following year, Poitier received a best actor Oscar nom for his performance as an escaped convict opposite Tony Curtis in The Defiant Ones. He followed that by playing Walter Lee Younger in the film adaptation of A Raisin in the Sun, one of his most demanding roles (he had done it on Broadway), then won the Oscar for his turn as Homer Smith, a traveling handyman who helps nuns build a church in the desert, in Lillies of the Field.

With his status as a power player, Poitier helped launch First Artists and returned as his Heat of the Night character (now working out of San Francisco) in They Call Me Mister Tibbs! (1969) and The Organization (1971).

Soon after, Poitier entered a deal with Columbia Pictures to star in and produce two movies. He teamed with Belafonte to make the post-Civil War tale Buck and the Preacher (1972) and jumpstart his directorial career. In all, he would helm nine movies, running the gamut from interracial confrontations to slapstick and light comedies, including A Warm December (1973), Uptown Saturday Night (1974), Let’s Do It Again (1975), A Piece of the Action (1977) and Ghost Dad (1990).

For Poitier, the ’70s were a relatively fallow period, a time when blaxploitation was in full force with street-smart, swaggering superheroes like John Shaft. Poitier’s serious dramas were out of vogue, and he retreated to the Bahamas at the start of the decade to reflect and recharge.

In 1980, he directed Stir Crazy, which went on to become a runaway hit, and reunited with Wilder (and Gilda Radner) to helm Hanky Panky.

He wrote a 1980 autobiography, This Life, documenting his journey from the tomato fields of the Bahamas to the pinnacle of Hollywood success, and directed Fast Forward, a dance musical about young people with big dreams. In essence, it was a story similar to his real-life saga.

After 10 years behind the camera, Poitier re-emerged as an actor. In Little Nikita (1988), he played an investigator trying to subvert Russian spies, and in Shoot to Kill (1988), he was a city-slicker FBI agent who teams with a reclusive mountain man (Tom Berenger) to chase down a psychopath across the Pacific Northwest.

He later co-starred with Robert Redford and Dan Aykroyd in Sneakers (1992) and played the deputy director of the FBI in The Jackal (1997), opposite Bruce Willis.

On television, Poitier played Nelson Mandela in the 1997 Showtime telefilm Mandela and de Klerk and narrated the documentary Ralph Bunche: An American Odyssey (2001). In 1997, he was appointed ambassador of the Bahamas to Japan.

He was the father of six daughters: Beverly, Pamela, Sherri and Gina (with first wife Juanita Hardy) and Anika and Sydney (with Joanna Shimkus, whom he married in 1975).

In his 2002 Oscar speech, Poitier reflected on the “courageous, unselfish choices made by a handful of visionary American filmmakers, directors, writers and producers” that shaped his career.

“Each [had] a strong sense of citizenship responsibility to the times in which they lived; each [was] unafraid to permit their art to reflect their views and values, ethical and moral, and moreover, acknowledge them as their own. They knew the odds that stood against them, and their efforts were overwhelming and likely could have proved too high to overcome.