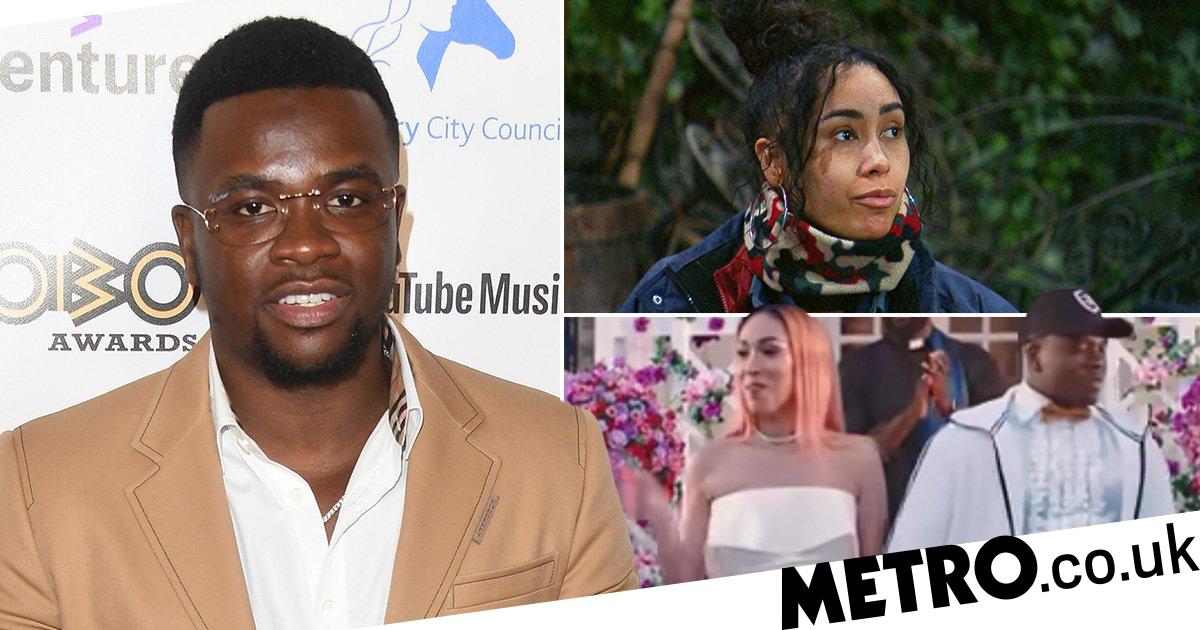 Michael Dapaah has revealed that many fans were convinced he was married to I’m A Celebrity… Get Me Out Of Here! star Snoochie Shy, and some went the extra mile and flooded him with messages.

The 30-year-old comedian, best known for his character Big Shaq, released a music video for his single Man Don’t Dance back in 2018, and the 29-year-old DJ is seen playing the part as his bride, but Shaq refuses to dance at the reception because, well, as the song title says…. man don’t dance.

Since then, many admirers were under the impression that the fictional moment was true in real life, which left some demanding answers.

Reflecting on the bizarre moment, Michael told Metro.co.uk: ‘They say we got married because of the Big Shaq video. One of the ideas was that we should get married when we came up for the concept of the video.

‘It’s just funny because I had bare girls messaging me like “oh wait so you’re married.”

‘I remember her [Snoochie] fella came up to me the other day and was like “so I heard you were married to my babes.” And I was like “she was my babes first you know,”‘ Michael joked.

I’m A Celeb’s Snoochie was the third star to leave Gwrych Castle this week, and Michael expressed how proud he was of her journey, revealing that he voted for her to go all the way in the hit ITV series.

When asked if he tuned in to see her in action, the JD ambassador replied: ‘Yeah course. I didn’t vote for her to do any (trials) I voted for her to win. I’m really proud of her.’

The Radio 1Xtra presenter said to hosts Ant McPartlin and Declan Donnelly that the experience has allowed her to ‘meet great people,’ and now sees her fellow campmates as ‘family.’

‘I had some of the best times in camp, from twerking to dancing… I had such a laugh in there,’ she added.


MORE : I’m A Celeb 2021: Roman Kemp says Naughty Boy ‘was doing my head in’ as he weighs in on camp tensions

MORE : I’m A Celebrity 2021: Matty Lee ‘got punched’ and was bullied just for being a diver at school